Recently I thumbed through an old book titled "Men of Affairs and Representative Institutions of Oklahoma 1916".  It is self-described as "A Newspaper Reference Work" compiled by the World Publishing Company here in Tulsa.  This book is a virtual "Who's Who" of Oklahoma at that time.  I thought I would share some of the photos and findings that I found to be interesting and/or amusing, several are linked to previous blog posts.  Click on photos to enlarge.

First up is a true Tulsan.  He was born near here and returned to help our city grow and prosper. 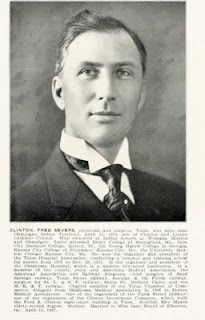 I blogged about this next man's business HERE: 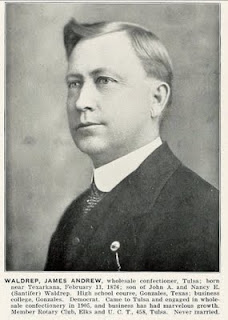 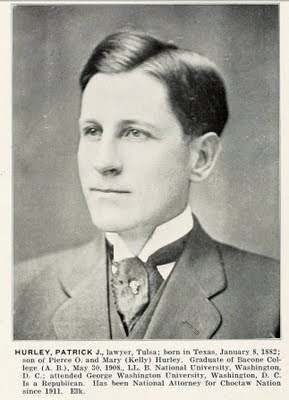 He was 34 in 1916.  Hurley invested in real estate and built Oklahoma's first apartment-hotel, the Ambassador.  He became secretary of war under President Hoover, becoming the first Oklahoman to serve in a presidential cabinet.  In WWII he became a brigadier general and later an ambassador to China.
This next gentleman is someone I blogged about before: 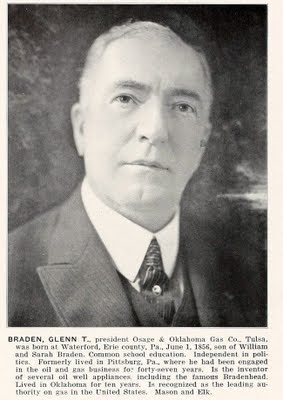 The White City neighborhood was built on his land and Braden Park is named after him.
And this man needs no introduction: 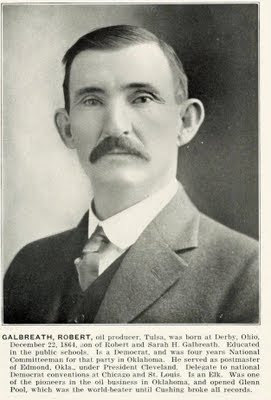 At the time of the printing, this next gentleman had only begun his important contributions to our city: 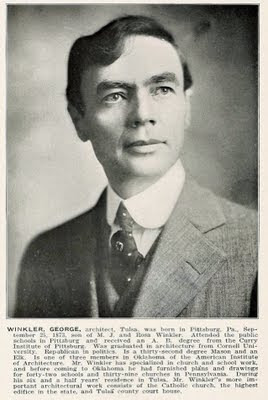 He designed Central High School in 1910 and went on to design the Hunt Department Store (Brown-Dunkin) in 1918 and Trinity Episcopal's Church in 1922 as well as several prominent residences.
The city south of Tulsa bears this man's name: 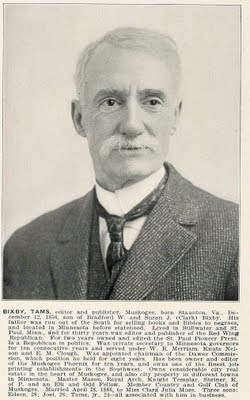 This is a very modest biography of his work and contribution to our state.  You can read more about him  HERE.
Is this man to blame for our street woes? 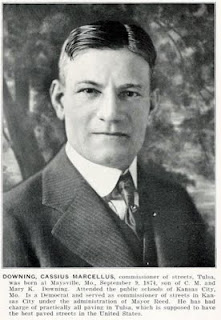 I wonder exactly where this "country home" was located....? 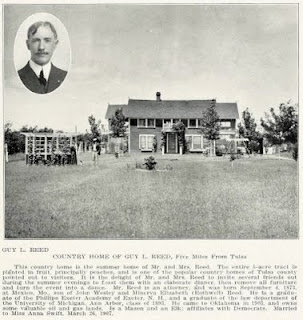 This is another place of interest: 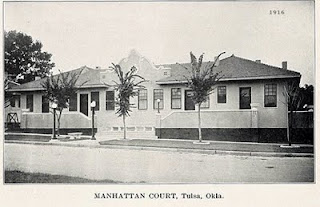 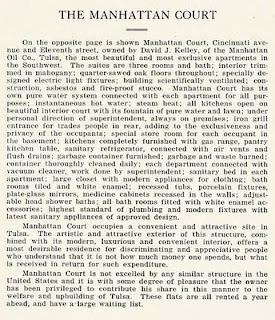 Located on Third Street, between Boston and Main was the Daniel Building 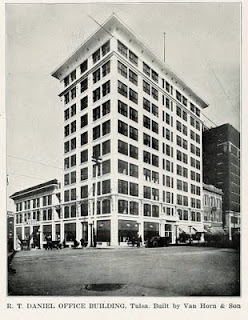 Down the street at 123 S. Main was Boswell's Jewelry 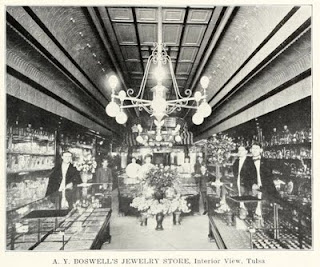 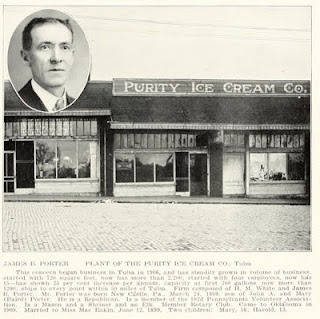 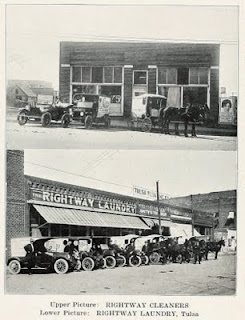 Tulsa Ice Company and the Rea and Read Mill 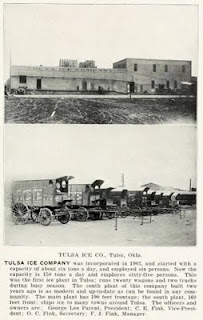 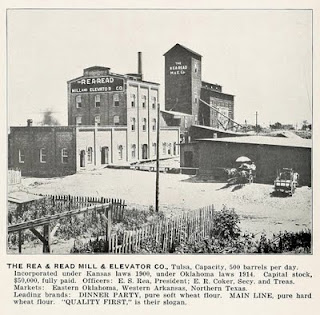 And last, though not a Tulsan, is a man who would become the next Governor of our State: 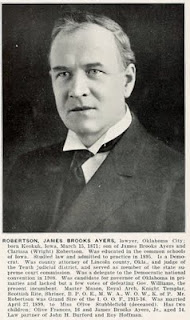 This was my fraternal grandfather's uncle, making him my Great Great Uncle.
Posted by Nancy at 6:21 PM 5 comments: Links to this post 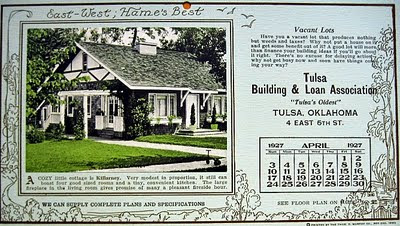 
*Source:  digital.library.okstate.edu
Posted by Nancy at 9:24 AM 5 comments: Links to this post

..in July of 1968, Bob Bell installed a roller coaster at his amusement park, bought for $225,000 and named Zingo, after another popular Tulsa roller coaster from the past.  The cost to ride Zingo: 60 cents.  Tulsa reference librarian Sherry Perkins posted recently on her Tulsa Area History blog and I thought I'd share (click on photo to enlarge): 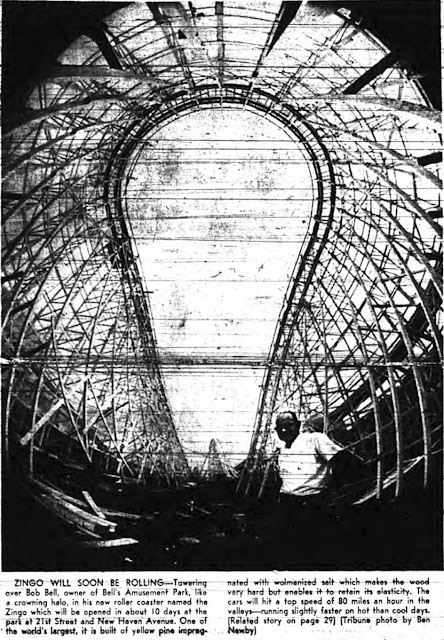 Posted by Nancy at 2:21 PM 4 comments: Links to this post 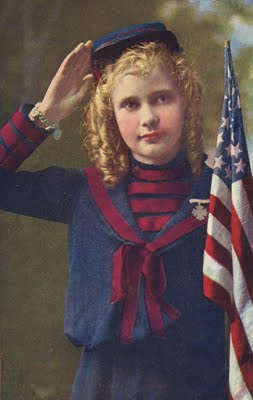 Wishing everyone a safe and happy Independence Day! 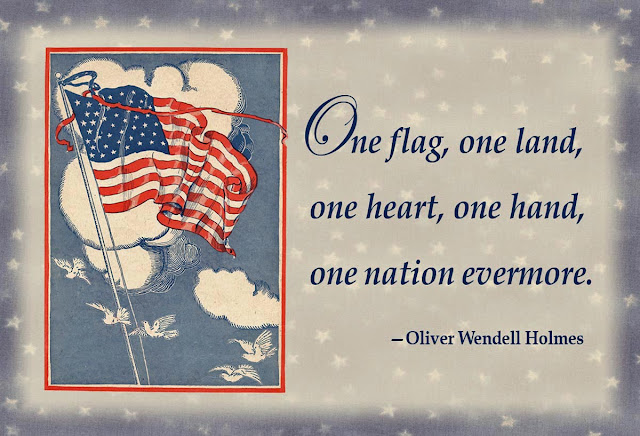 Posted by Nancy at 8:52 PM No comments: Links to this post