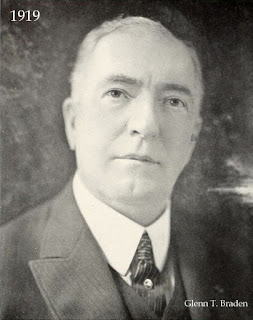 Glenn T. Braden, born in 1856, grew up around oil in Pennsylvania.  He was hired to help drill wells at the age of 13, helped his father operate a small refinery for 3 years, then worked as a pipe liner.   An early proponent of natural gas, he invented the Bradenhead, a device which diverted natural gas from oil wells without disrupting production.
In 1905 he and T.N. Barnsdall purchased 155,000 acres of land from the Osage nation and, as part of the land transaction, they picked up a small natural gas plant in Tulsa.  A year later he formed Oklahoma Natural Gas Company.
In 1912 Braden purchased the land that would later become the White City neighborhood from the Creek Indian nation and built a gas plant. Aside from oil wells and coal mining productions, the rest of the land was eventually turned into a dairy farm when he brought a herd of Jersey dairy cattle to Tulsa during World War I. It was named White City Jersey Dairy Farm because the color of all of the buildings and silos were white. 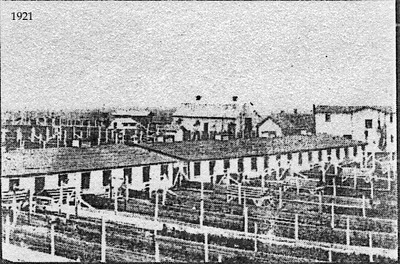 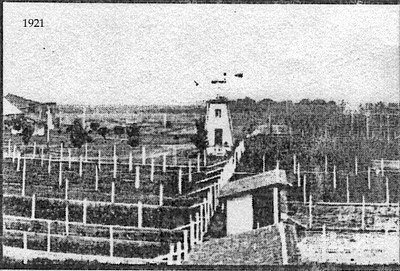 This is the 1923 Sanborn Map of the White City Dairy Farm.  Click on the photo to enlarge: 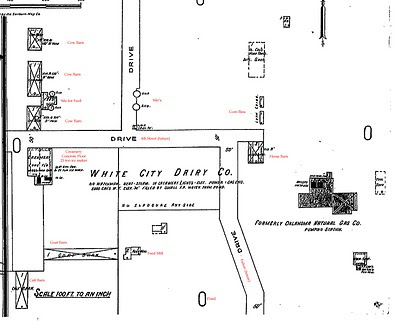 After his death his children closed the dairy, platted the land and began selling lots.  One of the stipulations was that there be a neighborhood park.  Originally named White City Park, it was renamed Braden Park a few years later.
White City was placed on the National Register of Historic Places on June 14, 2001.  These are the boundaries: 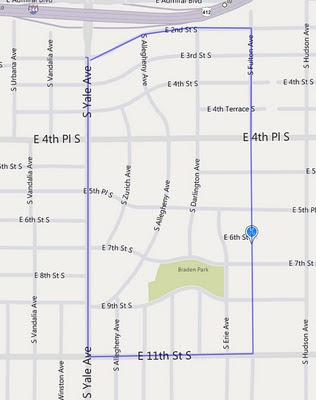 Hi Chloe- I have shared all of the info I have here.

He was my great grandfather