What is the most photographed landmark in Tulsa?  Standing 76 feet tall and weighing 43,500 pounds, it is  Oklahoma's official state monument.  That would be our very own Golden Driller, of course, who has stood at the entrance of the Expo Square for the past 34 years.  But where did he come from?
The first Golden Driller appeared at the 1953 IPE show looking more like a large academy award statue wearing a hat than anything else.  He's making an "OK" sign with his right hand……I think. 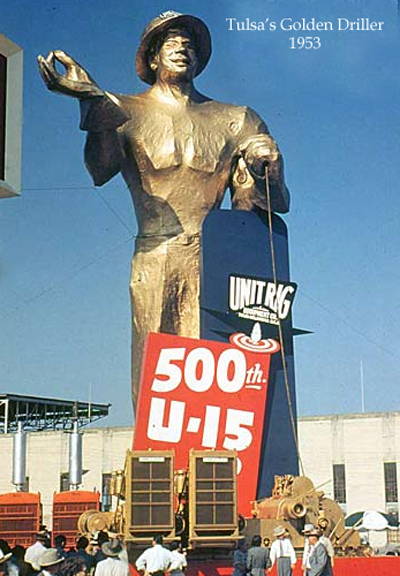 He was a hit and was brought back to the 1959 IPE by the Mid-Continent Supply Company out of Ft. Worth-  only this time he was much more chiseled and detailed and was placed climbing a derrick and waving: 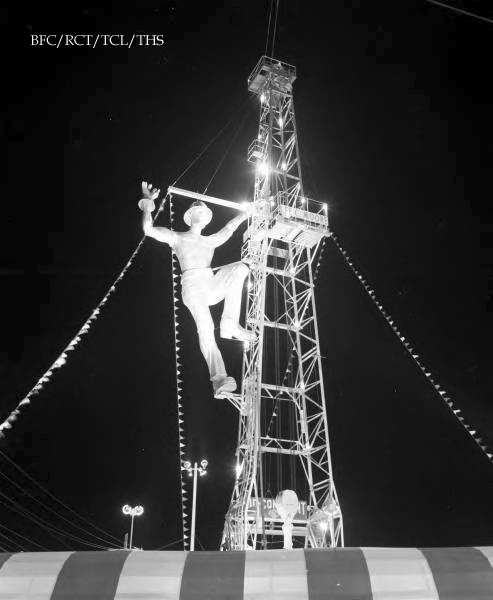 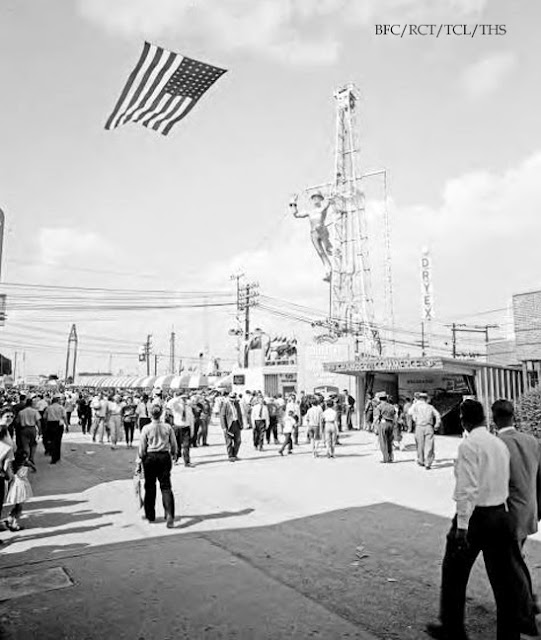 Again he drew a lot of positive attention.  So much so that the Fairgrounds Trust Authority decided to have him permanently installed when Mid-Continent donated the statue.  Over the next 7 years he had a makeover, actually he had to be completely re-made to withstand the elements.  He was ready to be installed just in time for the 1966 International Petroleum Exposition.
Late Tulsa photographer Walter Brewer took these interesting photos which were donated to the Tulsa Historical Society. 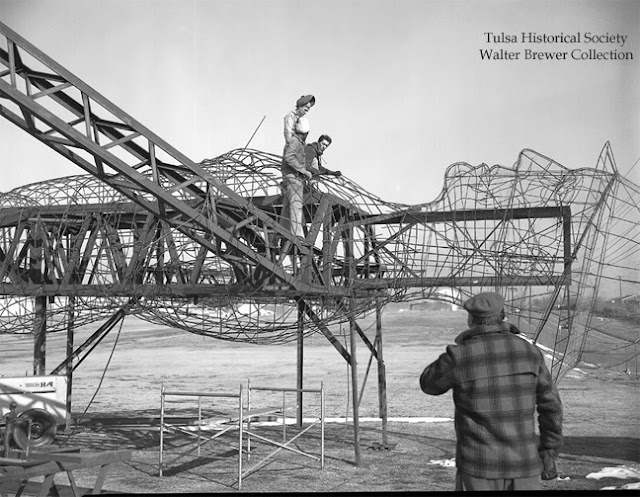 The Golden Driller contains a total of 2.5 miles of rods and mesh.  Made from plaster and concrete, it can withstand 200 mph winds, which is a good thing here in Oklahoma. 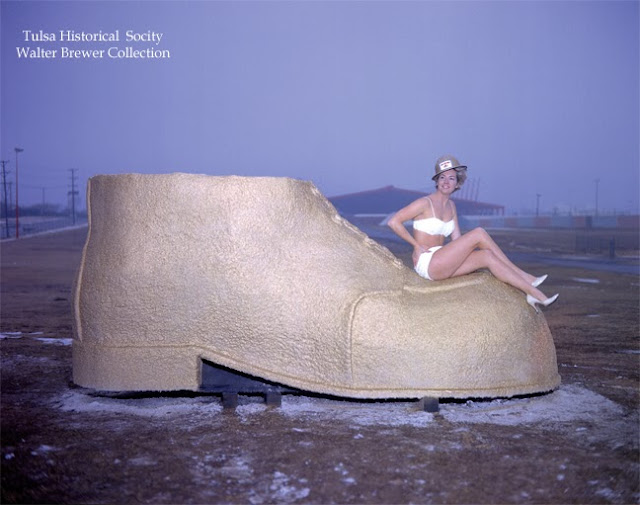 This unidentified model is lounging one of the Driller's shoes; photo taken west of the Expo Building.
Here he is, towering over the workers who built and installed him in 1966. 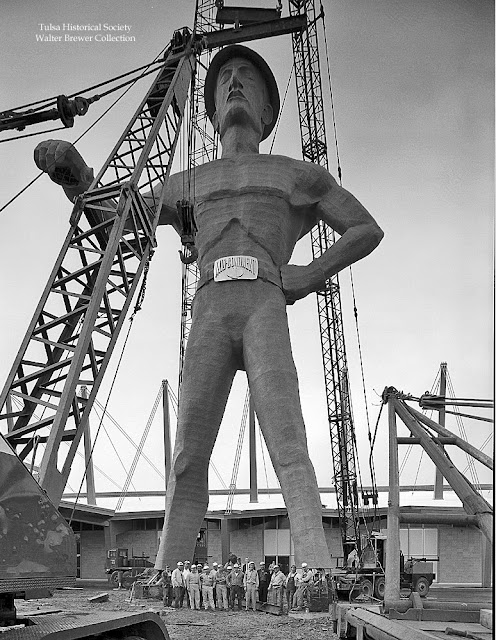 As you can see his belt buckle says Mid-Continent at this time.  It was changed in 1979 to the current buckle that says Tulsa when he got a makeover and new paint job. His right hand would soon rest upon an oil derrick that was removed from a depleted oil field in Seminole, OK.
----------------------------
Over time the Driller has seen the good and the bad.  He has been vandalized, assaulted by shotgun blasts and severe weather.  But he has also had more photo sessions with tourist than any other Tulsa landmark  and can boast of many who love him all around the world.  He has been known to sport t-shirts, belts, beads and ties- and worn them well. 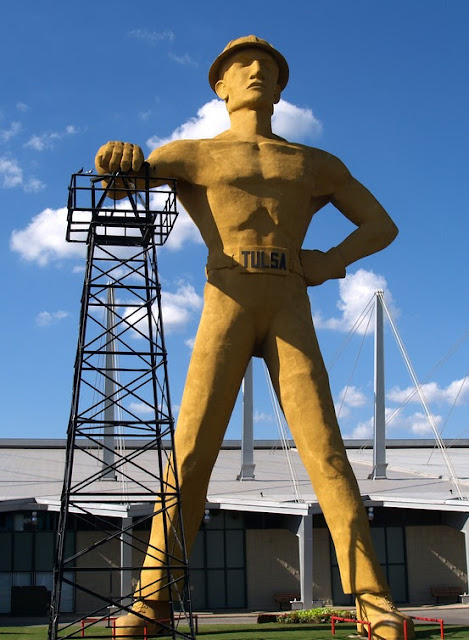 Golden Driller Stats
Weight - 43,500 lbs
Height - 76 feet
Belt size - 48 ft in circumference
Shoe size- 393DDD
Hat size - 112 hard hat
An inscription at the base of the statue reads:
The Golden Driller,
a symbol of the International Petroleum Exposition.
Dedicated to the men of the petroleum industry
who by their vision and daring have created
from God's abundance a better life for mankind.
Posted by Nancy at 8:59 PM

I remember the 1959 version of the Driller. I was 12 when that exposition was held. He was a very big deal back then. The original fell into disrepair and they built the newer version I always liked the original on the derrick, but the newer Driller is truly a landmark.

THe belt buckle for the 1966 driller was made by Bob Collins, Jr.

I would like to use the Oilman as part of a logo for a non-profit organization. Do you know who I can contact? Please email me at ls814q@att.com

My grandfather was the general contractor on the 70's remodel. I have original drawings and photos I would love to share. Send me an email if your interested! gibcoproducts@gmail.com