First and Boston started out simply. 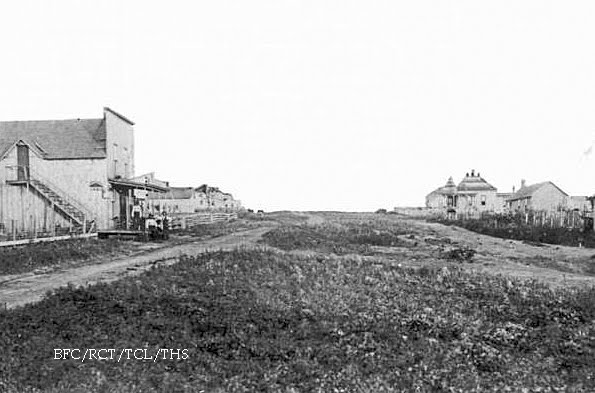 Looking South on Boston from First Street in 1892, there was a pool hall (2 story building on left) which had a game room on the 2nd floor (that's the owner, Bill Smithson, standing on the porch).  Down the road a bit was his neighbor Dr. Sam Kennedy.  The first house on the right was Lon Conway's and the last house on the right was Dr. Fred Clinton's first house which was located on what would become 4th and Boston.  The house with the cupola belonged to Sam Davis.
In a few short years, the southwest corner of First and Boston had become the Auction Grounds where farmers gathered to trade goods.  Somewhere in this photo was the Kallam Livery Stable. 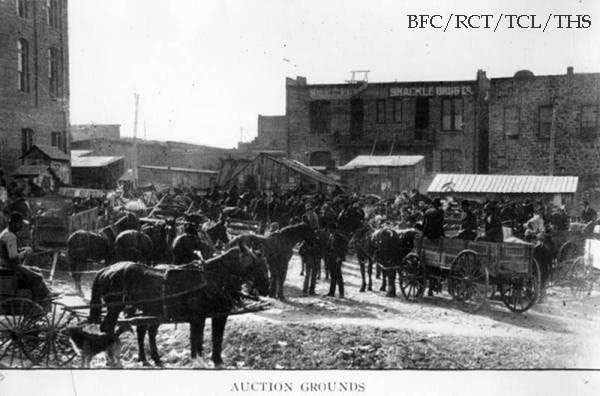 The Kallam Livery Stable was remodeled into the Alcorn Hotel by W. N. Robinson, a Kansan who came to Tulsa in 1902. The hotel had no "sanitary facilities" but boasted one luxury: private brick paving in front. More commonly, loads of corncobs were thrown on the streets as makeshift pavement. 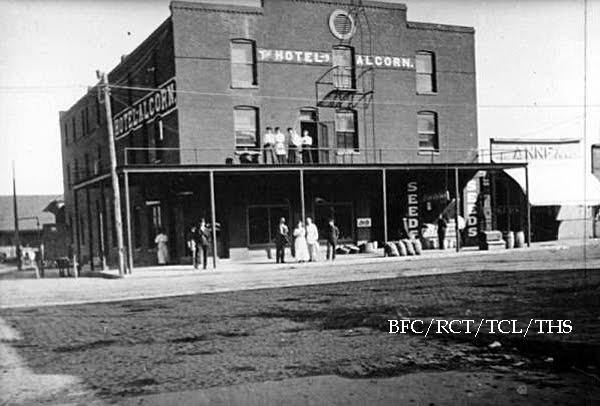 The lobby of the Alcorn: 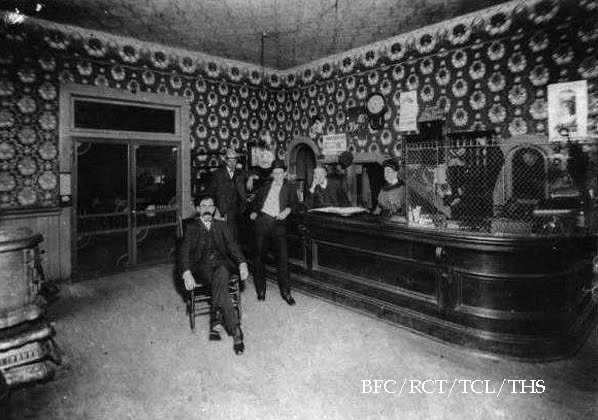 Here is the same building in the 1960's as a grocery store. 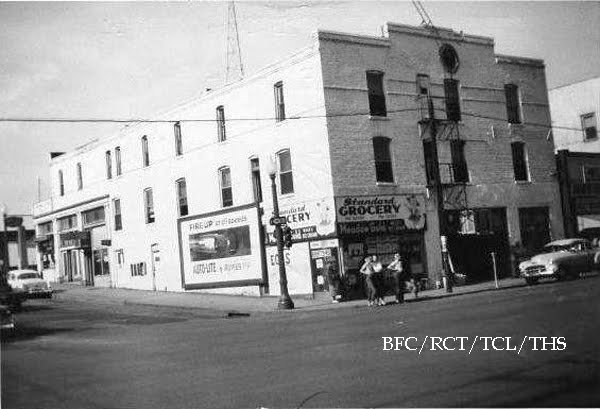 The BOK Tower now occupies that corner.
Posted by Nancy at 10:23 PM

As always, I love seeing pictures I've never seen before. And the history and reuse of buildings for various purposes is very interesting.