Carl C. Magee was born in January of 1873.  Educated in Iowa schools, he received two masters degrees and became a teacher then school superintendent.  While working in these positions he studied law and began a private practice in 1901.

Magee came to Tulsa in 1903 and was a very prominent lawyer.  As did many, he became involved the oil business and achieved the position of Vice President of the Black Hawk Petroleum Company.
Magee was said to be a "spectacular person", active in Tulsa's civic affairs until 1919 when his wife's health forced the family to move to New Mexico.  Up until then, he accomplished quite a bit.  He was a member of the board of education during its early years and saw the school system grow from 7 teachers to 120  instructors.  He was a director of the chamber of commerce for 9 years.  The first natural gas fire in Tulsa was lit in Magee's office and he owned the first automobile brought to Tulsa.  He, Ed Reynolds, Charlie Brown and 3 others built the first electric light plant in the city (1905).
Before he left Tulsa, Magee left his mark; a monument you might say.  He laid out plans and developed Carlton Place Addition.  The original addition enveloped 3 blocks (seen shadowed) 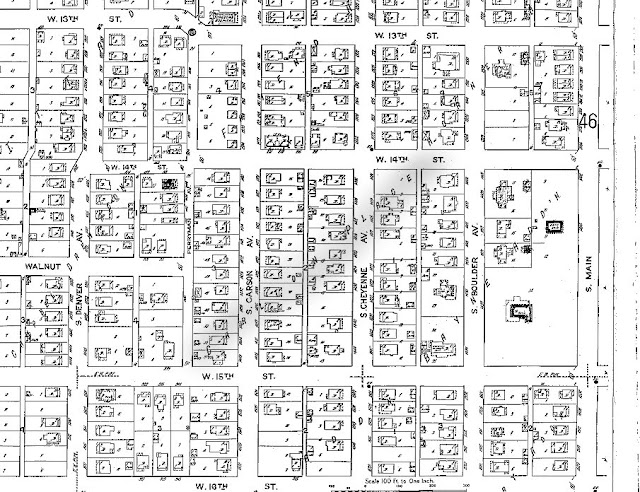 There were 2 entrances to the addition from the north, with red brick entry gates and arches constructed of  wrought iron, each one spelling out Carlton Place. 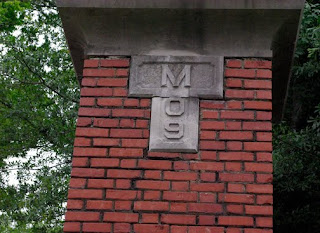 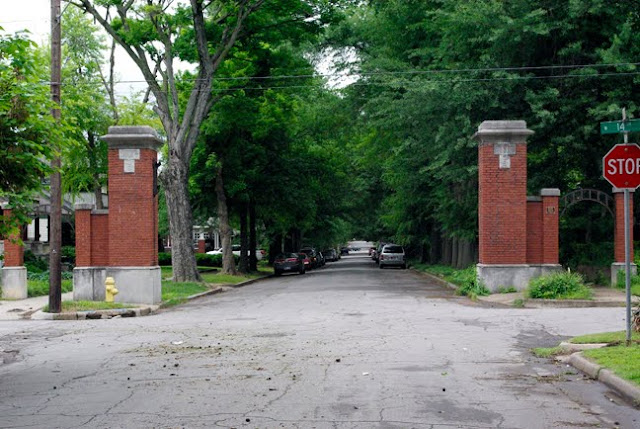 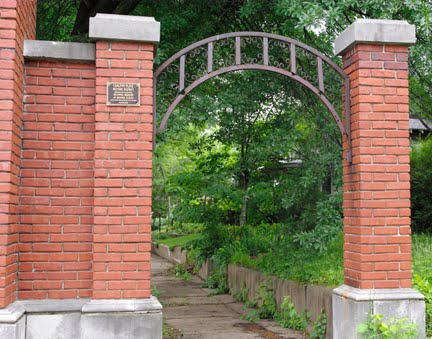 This was, at the time, the most fashionable place in town.  He didn't include arches at the other end, believing that nobody would want to go "clear out south in the country" to enter the addition.
The city tried on several occasions over the years to remove the arches, claiming they obstructed vision at the intersections, causing accidents. But the neighbors howled in disagreement and the arches remained.  The lettering, however, was taken down in 1953 when they began rusting and falling off. 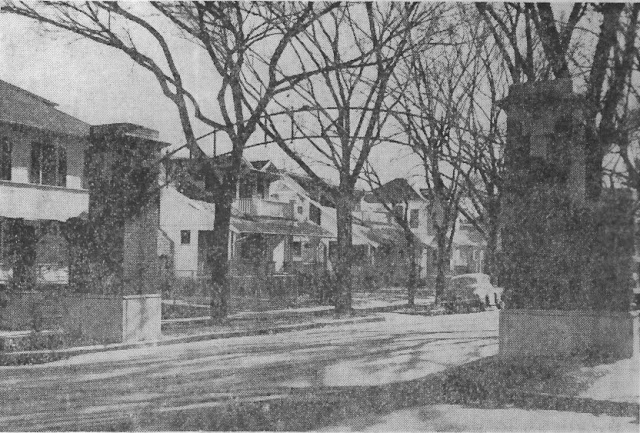 It isn't known for sure when one set of arches were removed, but probably around the time the east end of the addition was demolished, leaving one set of arches over Carson at Fourteenth and reducing the addition to 1 1/2 blocks.  All that remains of the arch itself is where it was attached to these 101 year old pillars: 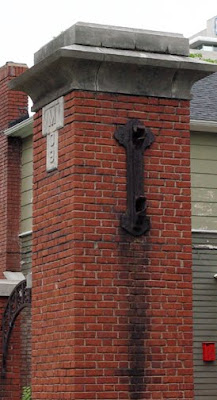 Carl Magee had more to accomplish after he left Tulsa.  A lot more.  After settling in Albuquerque, Magee chose journalism as his next passion.  He bought the Albuquerque Journal from Albert Fall who later became secretary of the interior.  Magee did not agree with Fall's political activities and said so in his paper.  He became a thorn in the side of New Mexico political bosses who tried numerous times to drive him out.  He did end up losing his newspaper, but not before he uncovered what came to be known as The Teapot Dome scandal.  He was called to testify in Washington and his testimony helped  convict Fall who was sentenced to 1 year in prison and fined $100,000 for accepting bribes.
Carl returned to Oklahoma City in 1927 where, in between jobs as a newspaper editor, he invented something that changed the world.  He invented the parking meter. 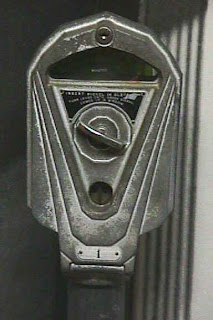 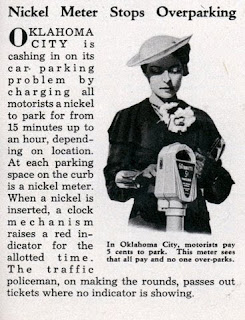 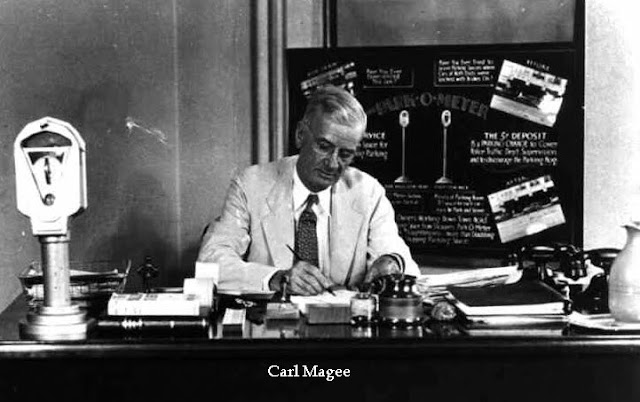 School teacher, lawyer, editor, inventor, business man and simultaneously, civic worker, Shriner and prominent Methodist layman - Magee crowded the experiences of several life-times into his 73 years, passing away in February 1946.  He and his family are buried in Rose Hill Cemetery in Tulsa. 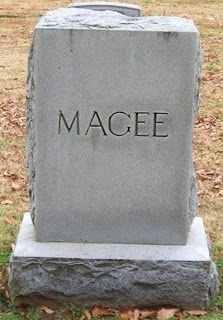 I love reading this kind of information about Tulsa. These are hidden gems that are really fun to discover. Thanks for helping us learn more about our great city!

Does anyone know if Carl was related to Dean McGee of Kerr-McGee Oil Co. and McGee Eye institute? L. Williamson