Hardware.  Today that word is related to computers more than it's original connotation which was implements and tools.  The grandfather of tools is the hammer.  It's partner is the nail which was invented around the 8th century B.C. and was preceded by the peg.  Nails used to be so rare and valuable that early settlers in the western U.S.  reportedly burned down their homes before moving to recover the nails.  With every nail being hand forged back then, it is no surprise.
Also no surprise is that stores carrying nails, hammers, lanterns and saws were the first one's to set up in a new town, carrying a variety of other goods as well.  T.J. Archer opened one of Tulsa's first as did the Lynch Brothers and H.O. McClure. 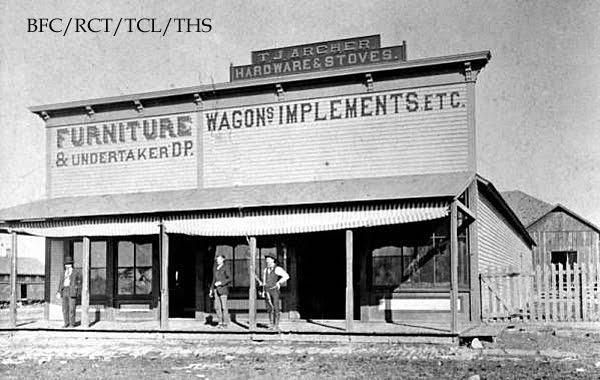 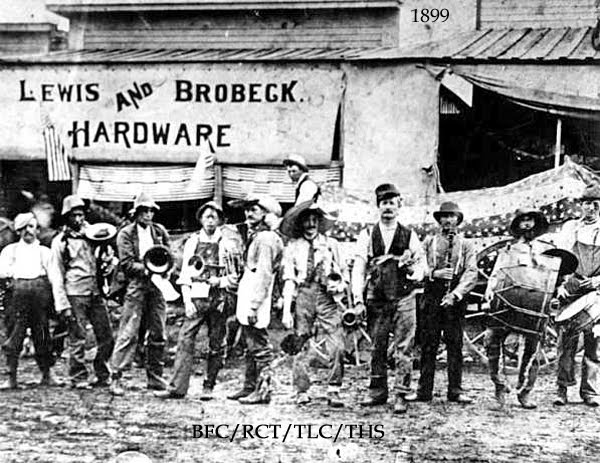 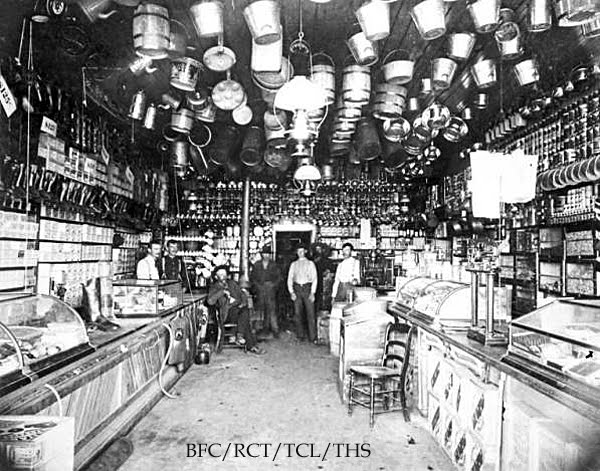 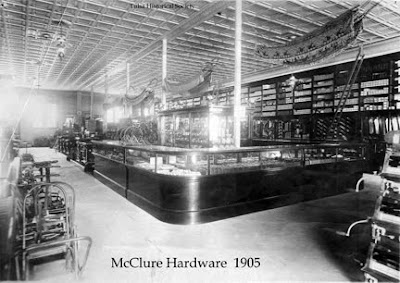 Eventually these stores evolved into ones that carried just about any and everything.  Chances are that at one time or another everyone will find themselves at a hardware store in their lifetime.  Of course, we now relate the term "hardware store" to two big chain stores out there.  But, as with grocery stores, back in the day there was at least one in every neighborhood. Here are a few from Tulsa's past:
Shepherd Furniture & Hardware 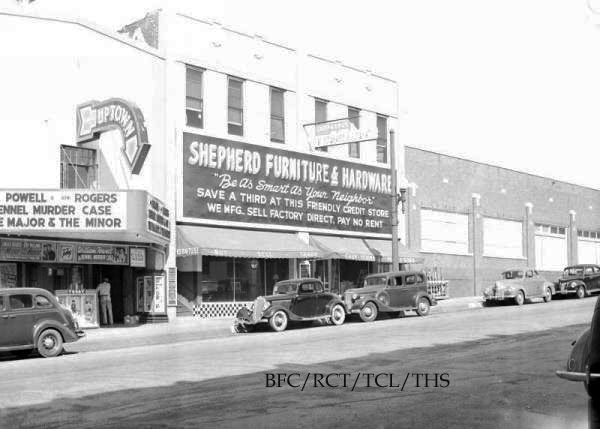 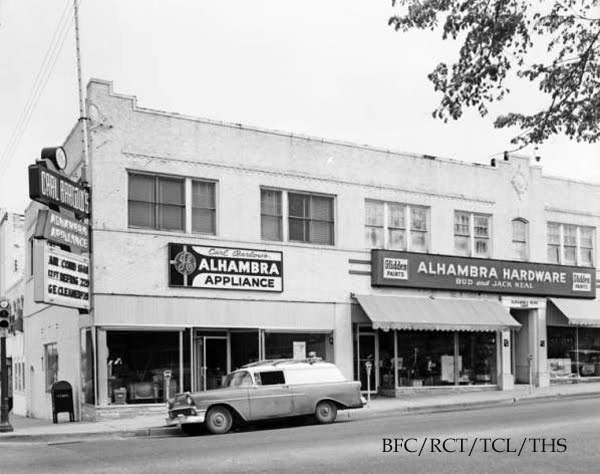 Clark Darland  owned at least 2 stores; one downtown on Cincinnati and the other in Utica Square 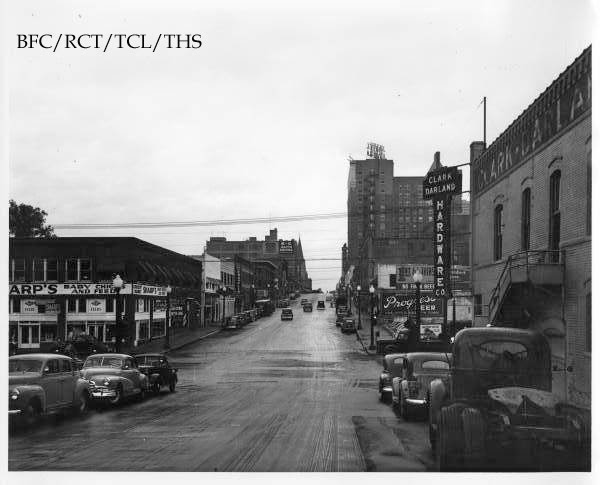 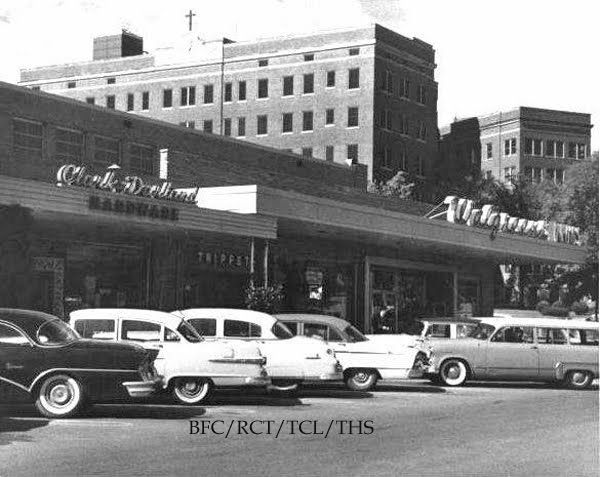 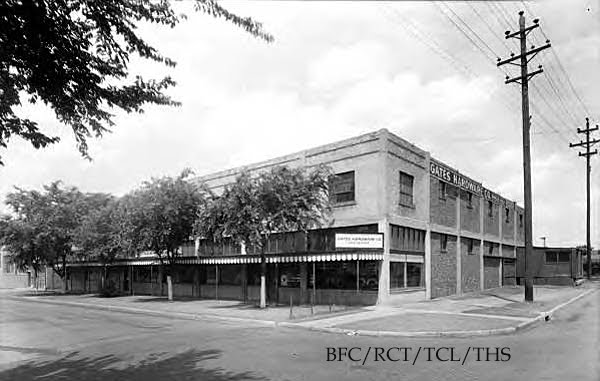 During WWII hardware stores sold glue by the pound, resembling bricks of taffy.  A furniture store would melt it and use it for making furniture.  And paper sacks were not available during that time, so newspaper was used to wrap up a dozen bolts.   Nails, nuts, bolts and screws were sold by the pound. 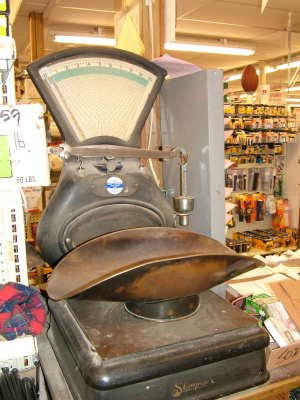 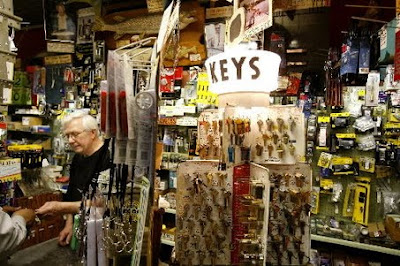 Swinney's Hardware in Whittier Square, was a place to go for hard-to-find items.  They kept their niche by carrying items such as plumbing parts for older fixtures, pumice stone polishing powder, tung oil, window glaze as well as bat houses and parts for old Zink furnaces.  The store opened near Admiral and Lewis in 1934 as a used furniture store.  Then, in 1941 they switched to selling hardware and took over Blakely Hardware at 14 N Lewis.  They moved twice after that, always within the same neighborhood with their last location being  32 S. Lewis where they stayed for 67 years until 2008, when they closed. 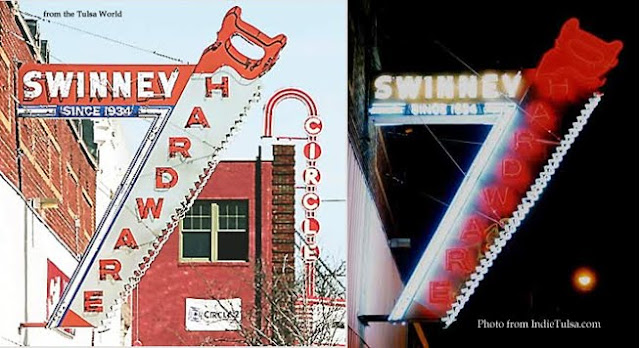 Best Hardware is still around in Brookside! 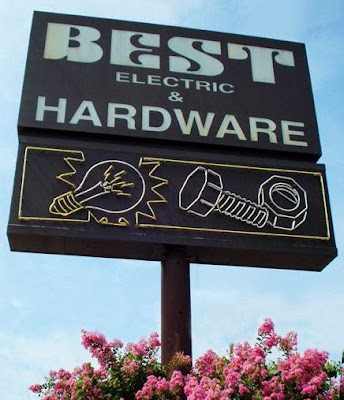 "Every hardware store is a repository of literally centuries of knowledge and experience; that the tools and products they sell represent some of the most artfully--and practically--engineered items in existence."    - The History Channel

I do remember Alhambra appliances and hardware.
Love the first photo..."Furniture & Undertaker".

I was so sad to see Swinney's close, had been a long time customer, and had even grown up in that neighborhood. My dentist was above the Circle Theater, even, Dr. Rozen. Loved to eat at the Silver Castle across the street from the theater, too. Shopped at Oklahoma Tire and Supply, went to school at Whittier. Played throughout the clothes at Robert Hall at first and Lewis, too. Fun memories. Thanks.

You are correct about Swinney's moving several times. I grew up in the neighborhood. Spent untold hours at the Circle on a Saturday afternoon.

Growing up Sinney's was on the same block. Only it was on the Admiral side. Where Swinney's ended their run in the 1950's was a place that sold meat by the order. Later when they left It was remodled and T.G.& Y. moved from around the corner on Admiral into that space. The blue around the top was from that period. T.G.&Y. Stayed there, I believe until the company closed. I do know for a fact that it was there at the end of the 1960's as I applied for a job there when I legally could, which would have been in 1967. After T.G.&Y. closed it's doors Swinney's then moved from around the the corner.

My mom, my parents still live in the neighborhood, was very sad when Swinney's closed shop. She knew she could always get what she needed there. And other hardware stores are not close to the Whitter area.

Does anyone remember the name of the old hardware store on Southwest Blvd? Thanks! Susan

The old hardware store on Southwest Blvd. was Burgess.
I worked for The Swinney's when Big John painted the blue on their building. He came up with that color from mixing a bunch of paint that he had that had been mixed wrong. We called it Swinney blue. I sure do miss him and Mrs. Swinney too. John Jr. is gone now. Those were surely the good old days when I worked for them

I was sad to see that Burgess Hardware wasn't mentioned in your post, since I definitely feel like it belongs here but I'm glad someone brought it up in the comments!! Here's a video someone thankfully put on YouTube I'd love to share. Ray Burgess was my dad, so it's extra special for me to have this to watch. http://youtu.be/il9c3oqhlkQ

Hi, I'd love to see that video. Is it still available? The link above isn't working :(

I liked that l could find just about anything there