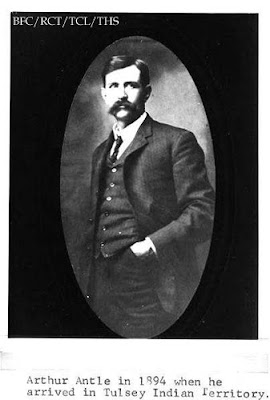 Arthur Antle came from Missouri to Tulsa in 1894.  Antle was a cowboy as were many around these parts back then.  Ninety-five percent of  the land around Indian Territory was used for grazing.  Herds by the thousands pastured here.
In J.M. Hall's book The Beginning of Tulsa 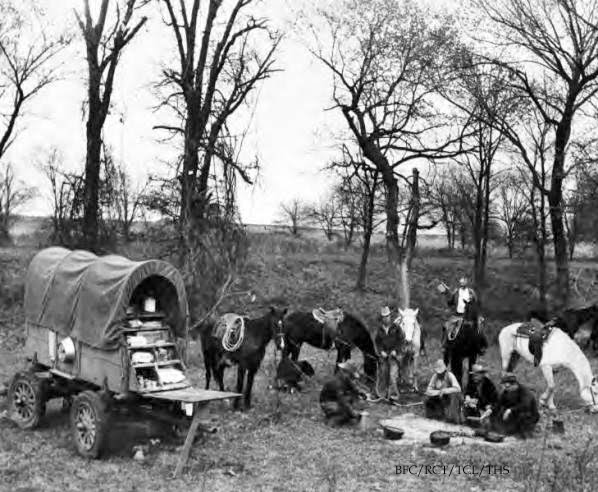 In the spring of each year the roundup would start from various points and work all territory in every direction. Cowboys would be sent from all ranches. First would be a chuck wagon well equipped with groceries and a cook. The cowboys would usually have two or three horses each and a roll of bedding. The bedding would be transferred from the pack horses to the chuck wagon. The cowboys would then move from one range to another, rounding up the cattle and cutting out what belonged on other ranges, moving them to their own pastures.

In working together each ranchman would get his own cattle as every cowman had his own brand. Of course, there was a chance for an argument over the maverick. The maverick was an unbranded calf that did not know its father and whose mother had run away.

The chuck wagon was the regular "dining car" of the prairies, but food was served in the "a la help yourself" style. Big pots of coffee, big Dutch kettles of beans, beef that had not been in cold storage and sour-dough biscuits that were really hot. Each man went to the chuck box, got his tin plate, tin cup, knife, fork and spoon, helped himself, walked to one side, crossed his legs and sat down on the grass to eat. If you did not get enough to eat, it was your own fault. There was no waiter to tip.

Antle also recalled the days of hunting and trading with the local Indians when he came here. This is the Christmas display at the Wallace and Calhoon Meat Market in 1896. 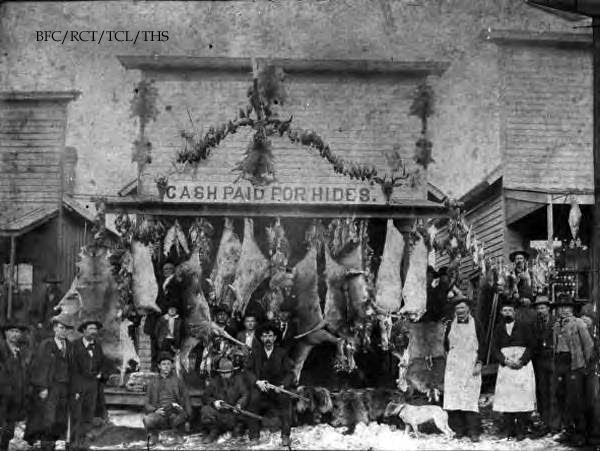 Antle entered the livery business in a stone barn built by Berry Hogan.  Livery barns were maintained for the purpose of furnishing transportation from one town to another as well as for salesmen selling to stores for the retail trade. 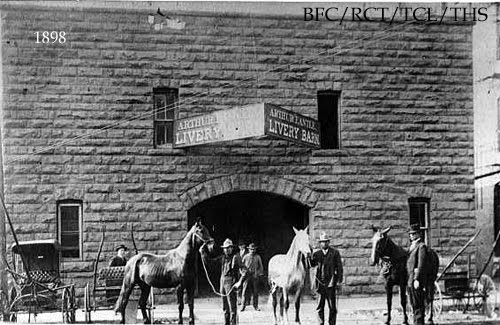 He took a wife, Leona McAllister who was also from Missouri.  Her father owned a shop in Springfield (below). 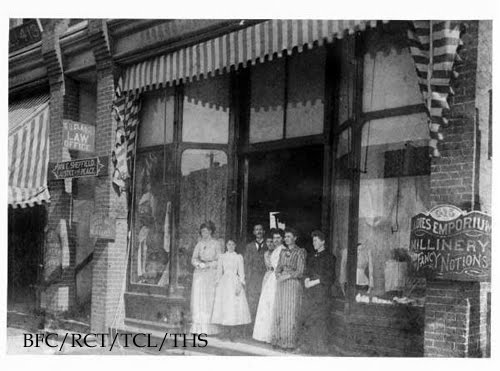 Arthur was later associated with Charles Page as one of his trusted men selling Sand Springs water to Tulsa.  The profits from this went to the Children and Women's Home. 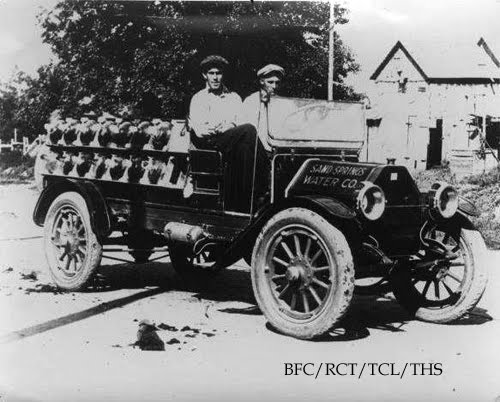 Cowboy, Rancher and Merchant describe Arthur Antle and so many other Tulsa Pioneers.
Posted by Nancy at 8:50 AM

Good post, thanks. Was a livery barn where you stabled your horse or a place where you rented a horse for use while in town? That would make it the antique equivalent of a car rental place.

I forgot to mention that your friend Karen Smith gave me a great tour of the historic buildings downtown. I have been posting some of the photos on Tulsa Gentleman and will do some sets on Historic Tulsa. She knows her stuff and is a sweet person. Thanks for steering me to her.

Yes, the livery's were also used for renting and stabling horses. I guess I just assumed people knew that but I shouldn't- not everyone watched Gunsmoke and Bonanza I reckon ;-)

This is all so interesting!
So, exactly where was Flowers Hospital??

That sounds right! It was driving me crazy trying to remember exactly where it was. All of my books are packed away right now.
Thank you!