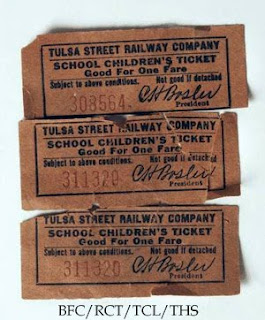 The Tulsa Street Railway Company was formed in 1905 by 18 of Tulsa's visionaries.  Faced with many of the same hurdles in getting the street's paved, construction did not begin until 1907 (and was done before the streets were). 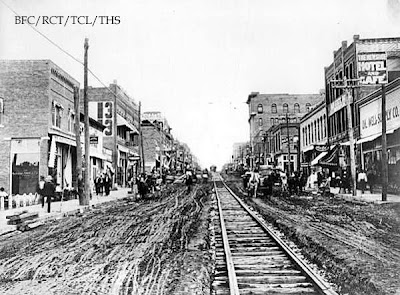 The city was eventually served by three electric railway companies that passengers could ride: the Tulsa Street Railway operated in town: 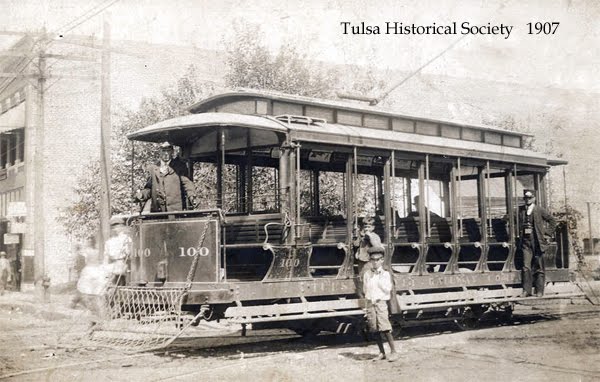 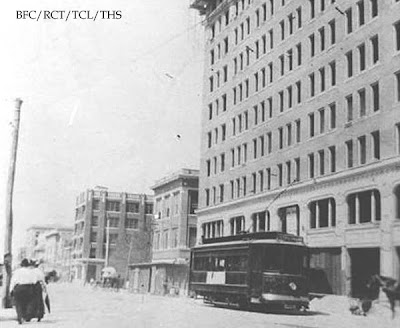 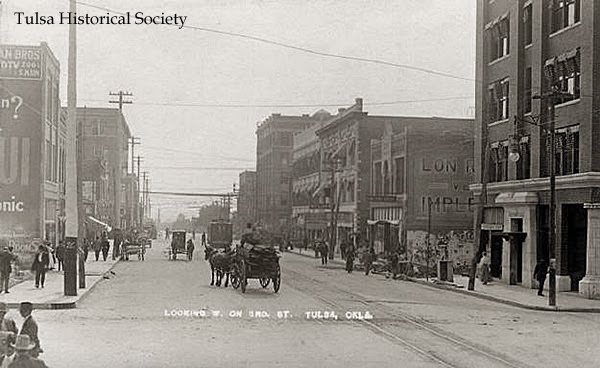 Tulsan's were using cars, horse and buggy along with the streetcars to get around: 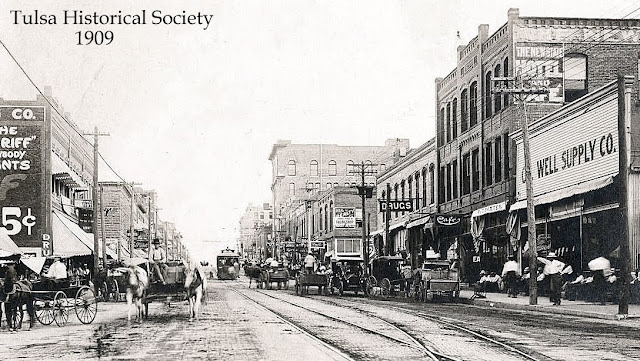 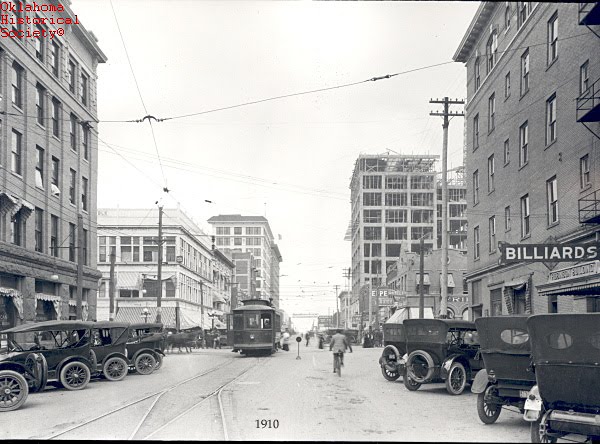 The Sand Springs Railway carried passengers between that town and Tulsa. 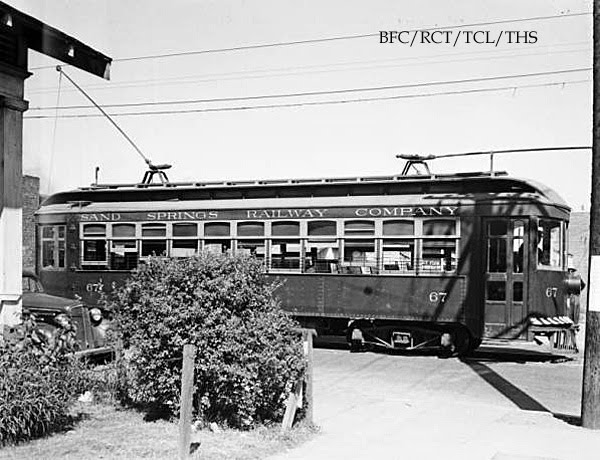 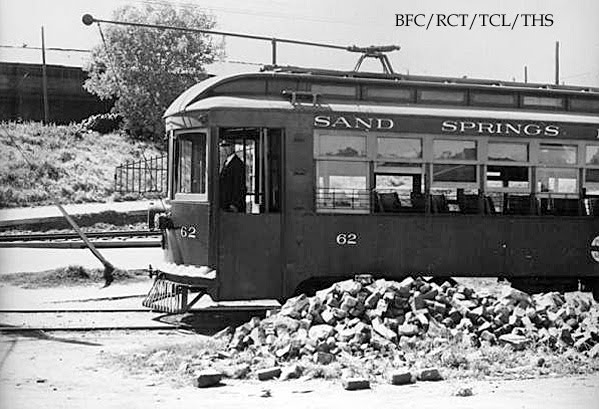 Many people took the streetcar on Sundays to Sand Springs Park for a day of fun. 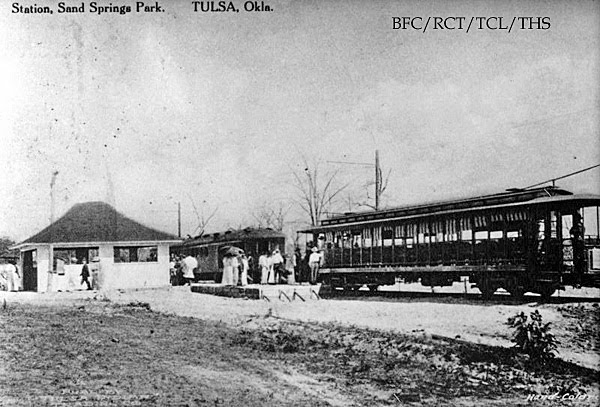 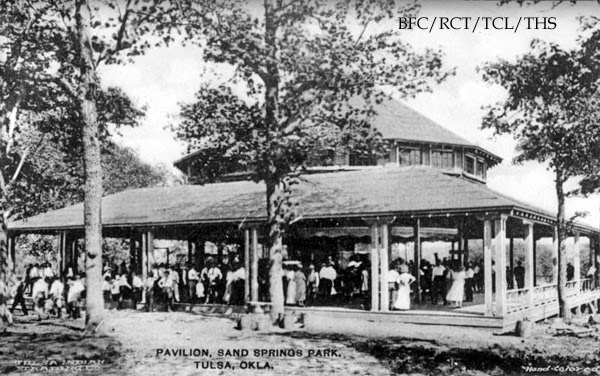 The Tulsa-Sapulpa Union Railway connected Tulsa to the oil fields. 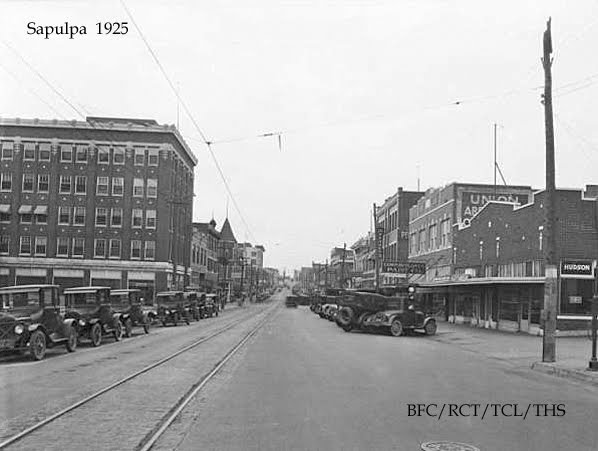 Tracks ran along the main thoroughfares of the city and towns. You can see color-coded routes here. 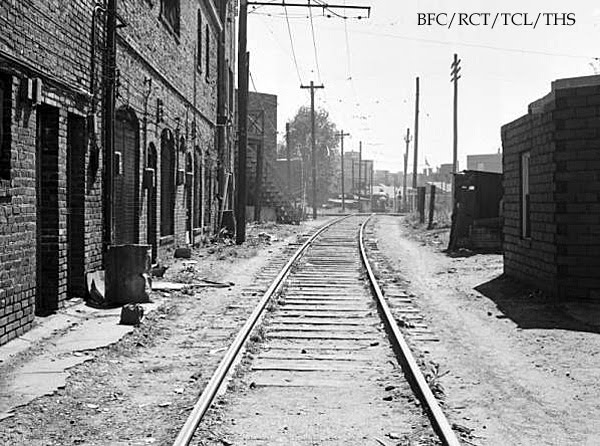 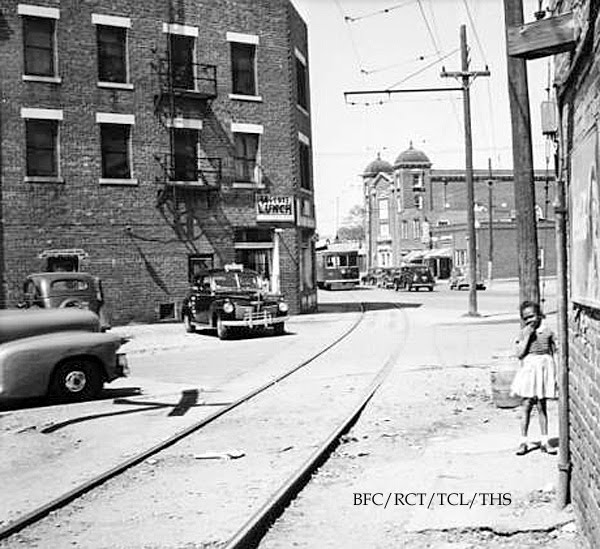 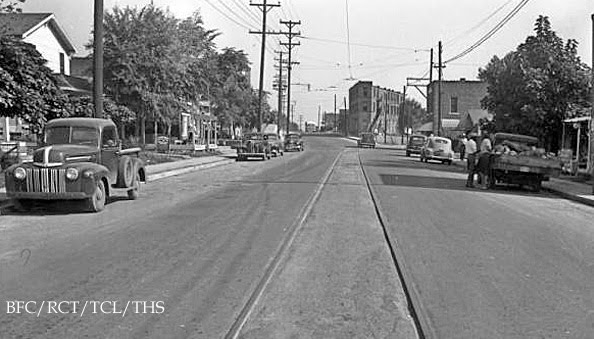 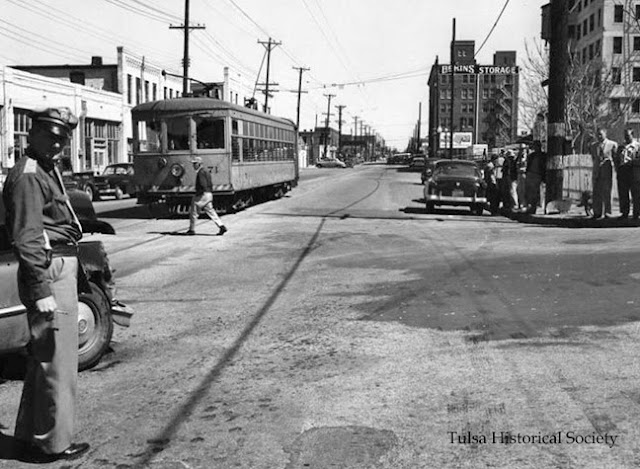 The smaller interurban cars were similar to railroad passenger cars. 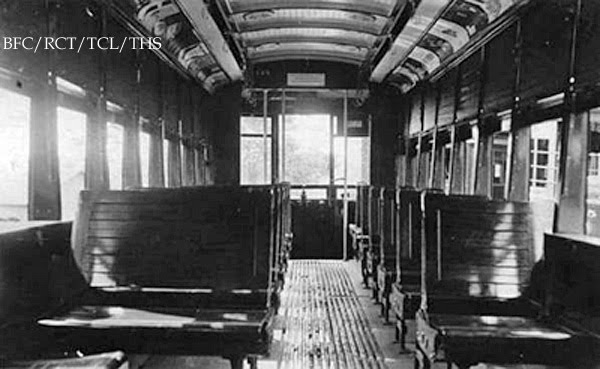 These is the streetcar maintenance crew: 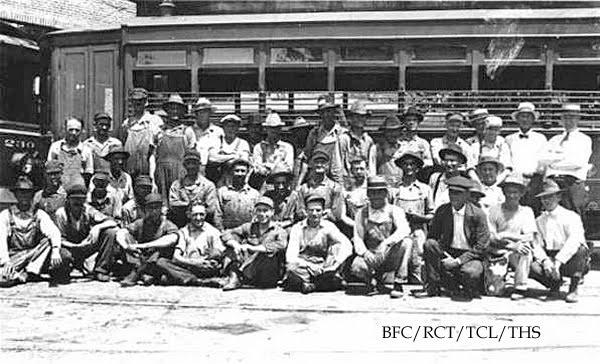 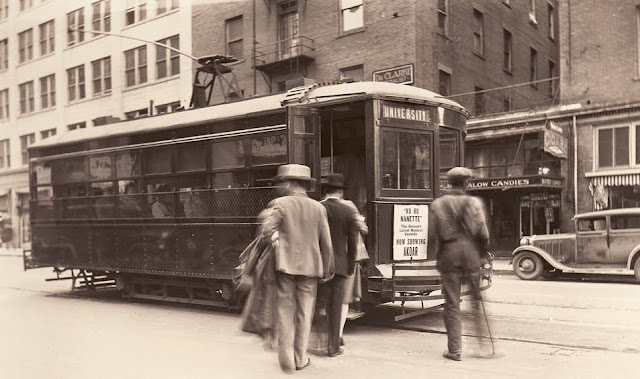 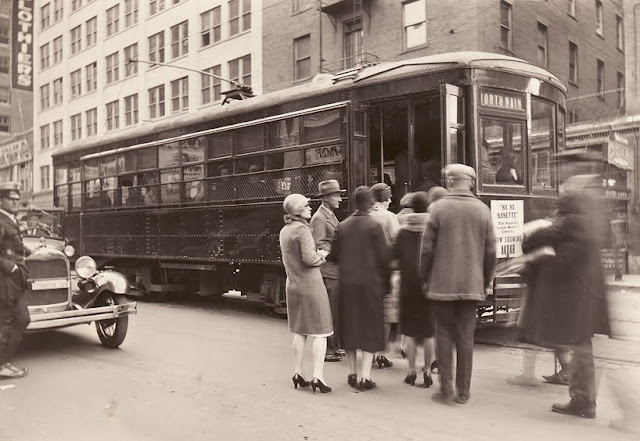 
Would'nt it be great if the new "
Gathering Place" could include a streetcar from the Brady District, Blue Dome district to the new park.

Tulsa is the largest city of it's size that has no plans for a streetcar. Oklahoma City will have one in operation in 2017.

The former Midland Valley Railroad right of way could be used for much of the route,

From your lips, Phil!

Do you by chance no what color the street cars were?