Some of early Tulsa's most telling photos are, in my opinion, the one's taken from what was known as Standpipe Hill. Located near the OSU Tulsa campus, this was where  a water tower (that supplied brackish, sandy water to the little community of Tulsa) stood. Before that it was called Cherokee Hill.
It was where outlaws looked down through binoculars upon the little town to see if the law was around before coming in. Later, it became a witness to the 1921 Race Massacre.
You can see the water tower in the background of this photo taken in 1905: 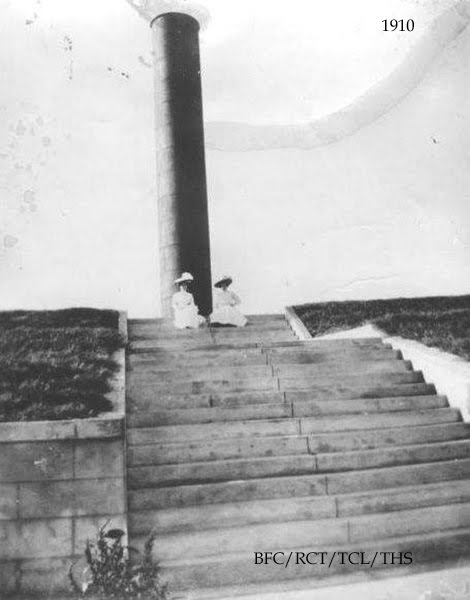 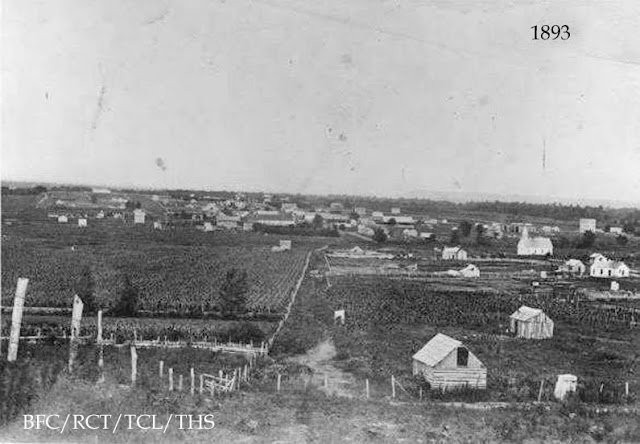 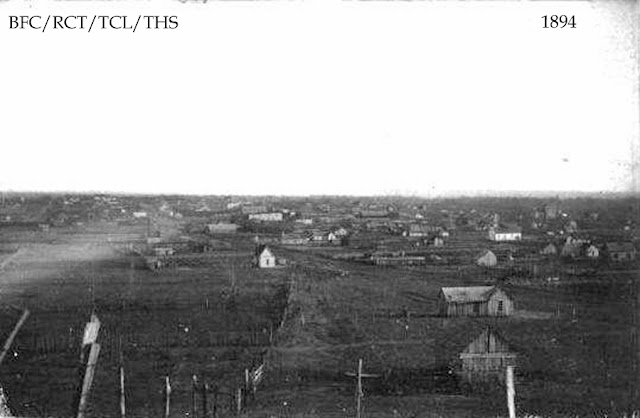 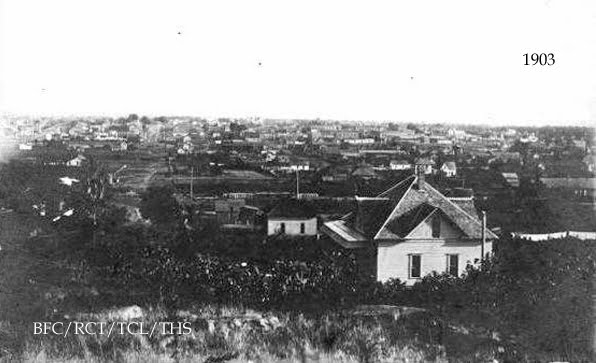 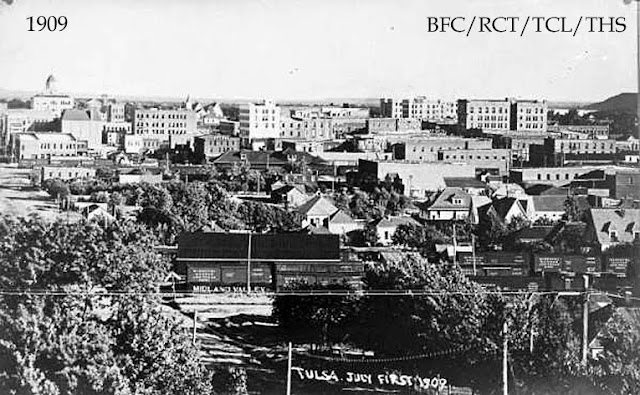 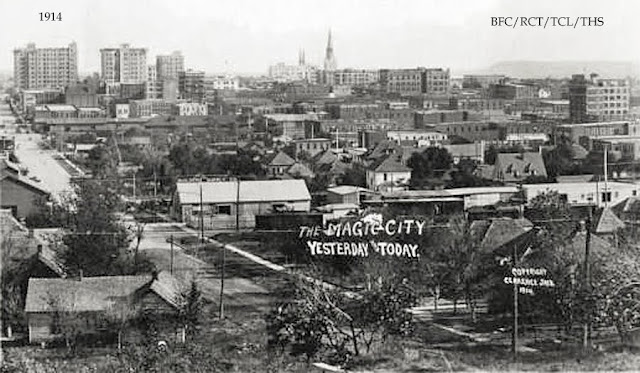 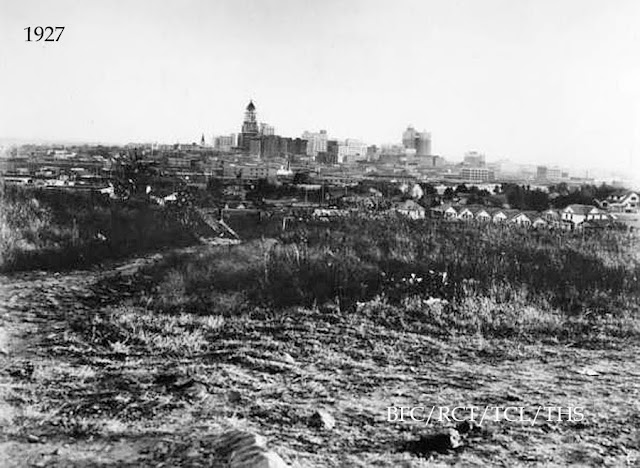 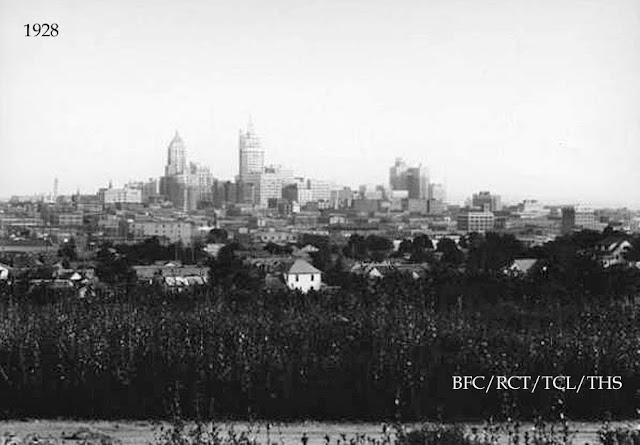 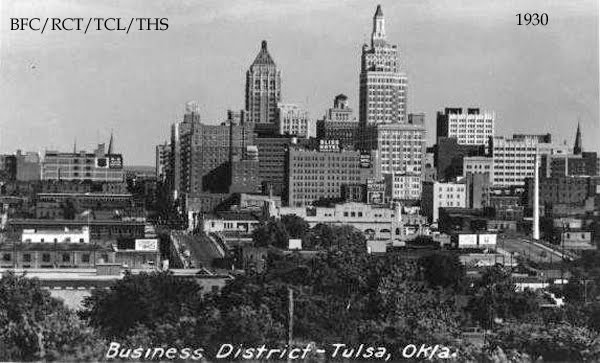 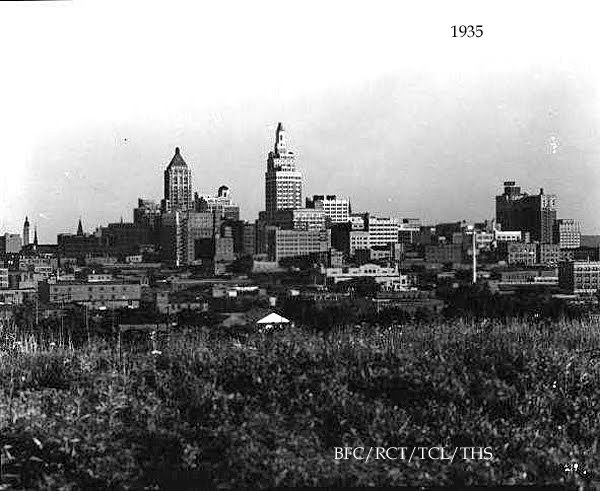 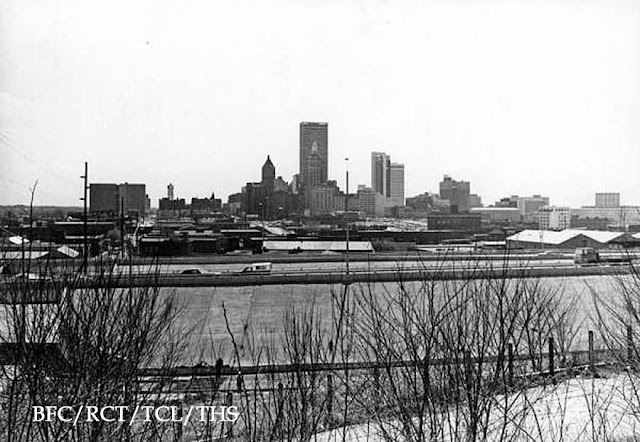 North Cincinnati now cuts right through the middle of the hill, with the street being where the water tower stood.  These photos were taken (by me) on the Eastern half of the hill. 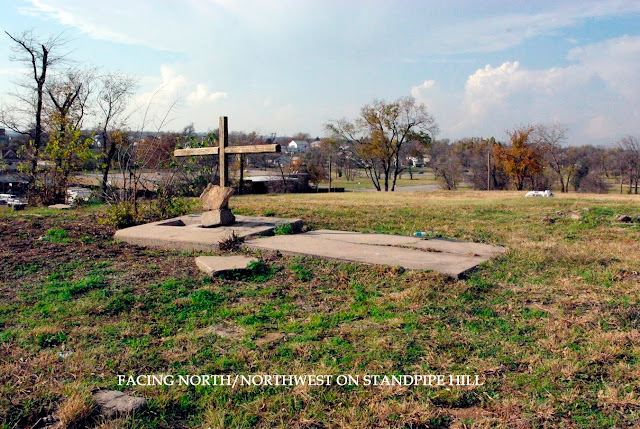 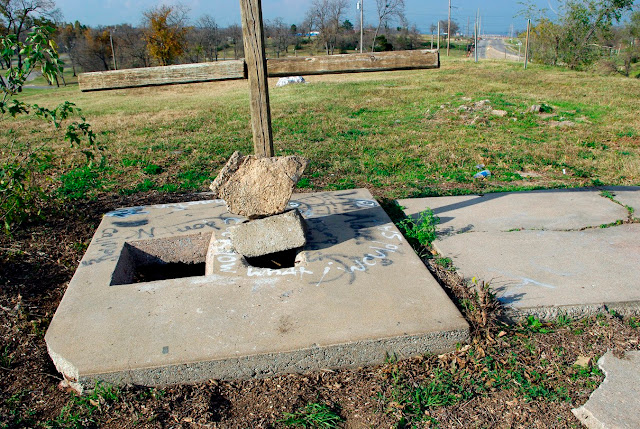 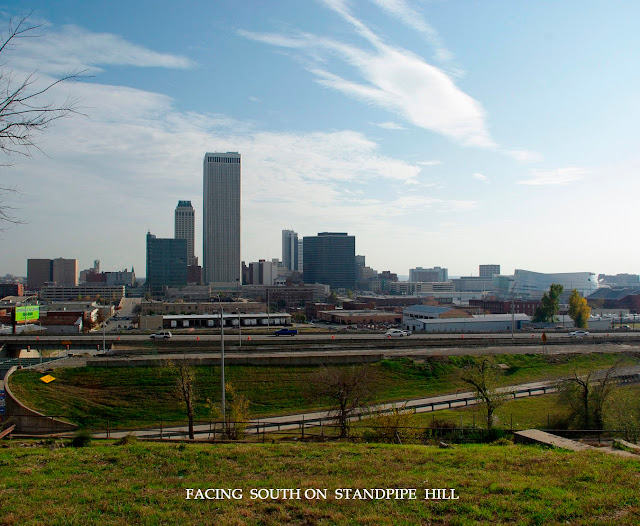