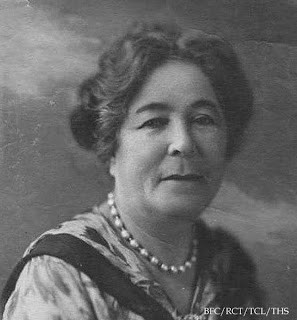 Lilah Denton Lindsey was born in Indian Territory on October 21, 1860, the youngest of six children. Her father, John, was half Scot and half Cherokee. He died when she was three. Her mother, Susan, also half Scotch and half Creek, spent most of her life in service to others. (click on photos to enlarge) 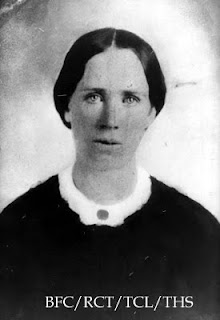 A gifted student, Lilah attended Tullahassee Mission on scholarship and was taught by Augusta Robertson (sister of Alice). 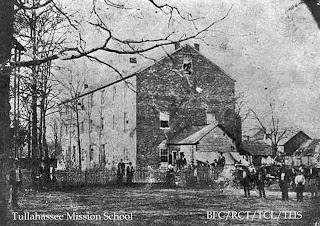 At age 16 Lilah's mother died. She then entered Highland Institute in Ohio, graduating with honors in 1883, the first Creek Indian girl to do so. 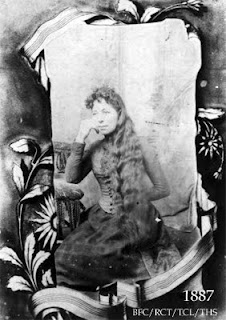 Before graduation, she was appointed to teach at Wealaka (where Tullahassee had been removed to). 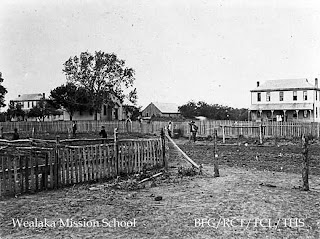 It was here that she met Lee Lindsey, a stonemason and Civil War veteran whom she married. 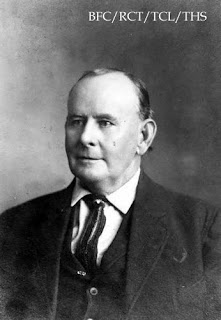 From there she taught at Coweta Mission 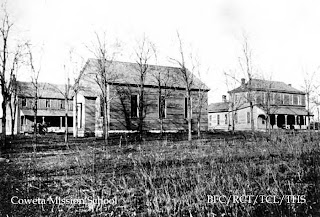 ....and then she came to Tulsa and taught at the Tulsa Mission School for 3 years. 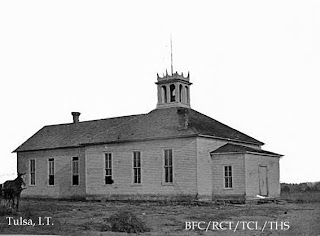 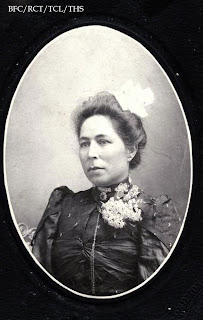 *I came to Tulsa in 1886 as a teacher at the Presbyterian Mission School, where the Cosden Building is today at fourth and Boston. I had occasion in a report I gave to count the number of people living here then, by actual count there were two hundred and fifty, not families, but men, women and children. No civic pride manifested itself as cattle, horses, cows and pigs roamed the streets at will.
------------

During her life in Tulsa, Lilah contributed much to the city. She organized the Tulsa chapter of the Woman's Relief Corps (an auxiliary of the Grand Army of the Republic) in 1898. In 1902 she became a charter member of the Tulsa Woman's Christian Temperance Union. 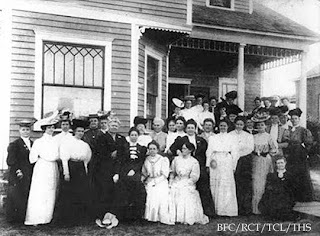 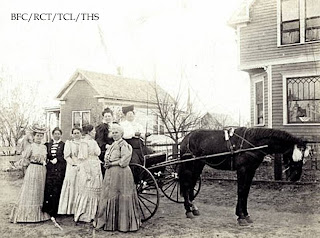 In 1909 she sponsored a school, named the Industrial School of Tulsa, which taught trades to orphans. 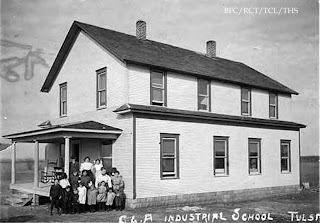 In 1917 she helped establish the Frances Willard Home for Girls in Tulsa. During World War I she headed the Women's Division of the Tulsa County Council of Defense. She also made unsuccessful runs for Finance Commissioner and State Representative.
Lilah's land allotment was approximately around 12th and Guthrie. Her husband Lee built their 2-story home there in 1906. 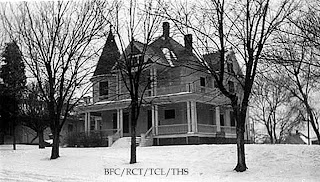 This photo shows the first Christmas in her new house: 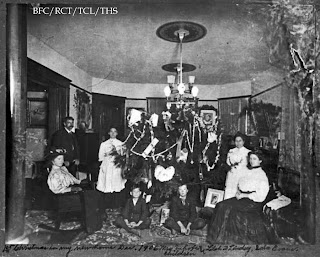 She gave a portion of this land allotment to the city for a school which later became Riverview School.
Husband Lee was also involved with the development of the town of Sulphur. With the profit from selling some of her Creek land, Lilah puchased land in Sulphur and had buildings constructed for offices and stores. A school was named in her honor. 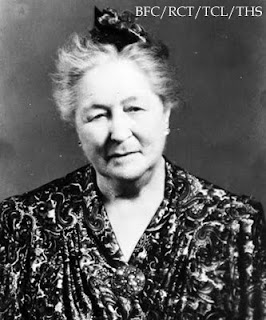 Inducted into the Oklahoma Hall of Fame in 1937, somehow she lost everything. She was forced to move from her home on Guthrie to 516 N. Frisco, where she died in poverty in 1943.

Very interesting. Thanks for sharing this with us.

After accomplishing so much, it is difficult to understand that she died in poverty.

In need of correction... people from Scotland are 'Scots'... 'Scotch' is strictly a liquor.
Nice writeup tho.
Richard Hamby, CHS'60

..In need of correction... people from Scotland are 'Scots'... 'Scotch' is strictly a liquor.
..Nice writeup tho.
Richard Hamby, CHS'60

I feel very blessed that she helped with this home. I myself stayed there from a broken home when I was a child, and was taken well taken care of. Now I believe it helps people in need of rehab
Susan, OKC

She was inducted into the Oklahoma Hall of Fame circa 1937.

Oops; just noticed that you mentioned her induction into the OK HOF.

Thank you for the photo of Wealaka School two of my great aunts attended Wealaka - I have adult photos of them if interested.They were Lilly and Bessie Bruner

Thank you for the photo of Wealaka Mission School. My two Great Aunts attended Wealaka - I have adult photos of them if interested. They were Lilly and Bessie Bruner.