A Stroll Down Boston Avenue's Past

Found In The Archives
In research it is not uncommon to be looking for a particular piece of information and stumble upon other interesting (though unrelated) information. This happens to me quite often and I have learned to quickly make a copy of the surprise find so I can come back to it later. In the following post, I had been looking through old Magazine Tulsa issues, doing research for a previous exhibit at the museum, and came across this drawing and article. I have inserted some other photos for interest. 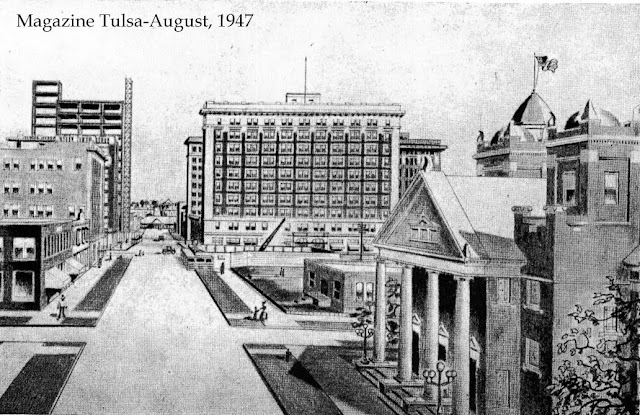 In 1917 Boston Avenue was rapidly being converted from a quiet residential street into the business heart of the “Oil Capital of the World.” 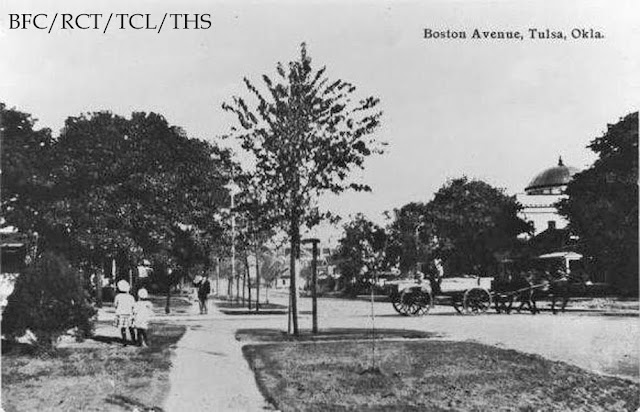 In that year, the new Gallais Building at 4th and Boston, which had been completed a year before, 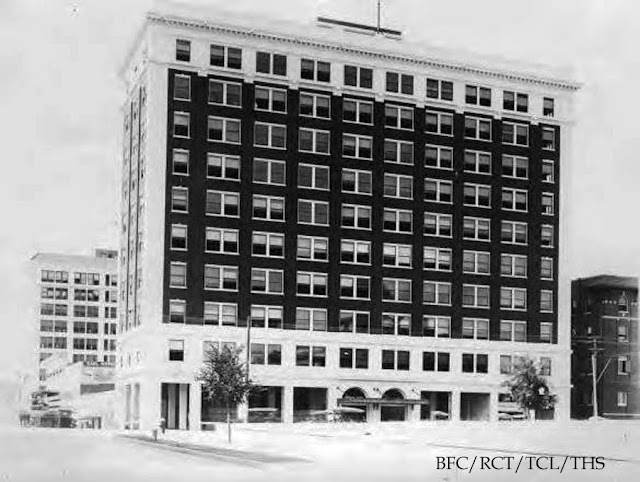 was sold to Dr. Kennedy who more than doubled its Boston Avenue frontage to make the present day Kennedy Building.

Across the street on the southeast corner, evacuation was already underway for the new Cosden Building which would then be the tallest in the state. 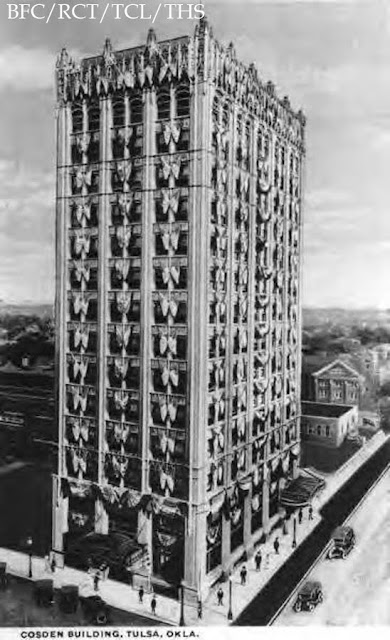 This, along with City Hall 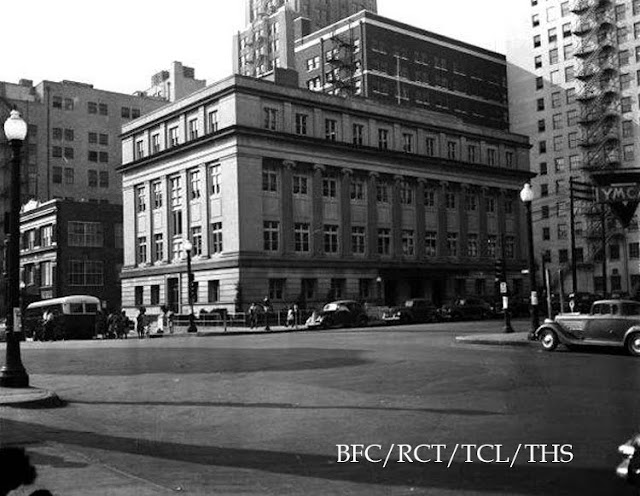 was the first office structure to be erected in the block which had- since 1907- been the playgrounds around “Old Central” (high school). 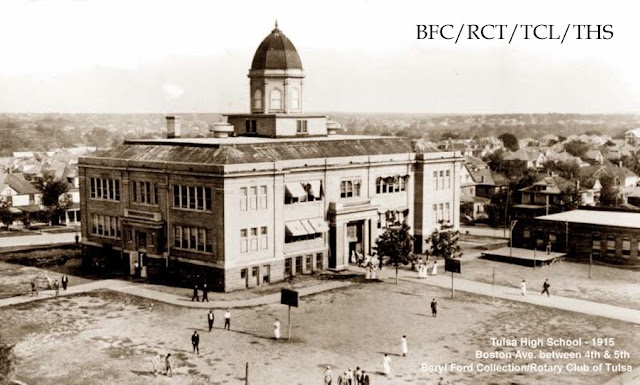 In the drawing, “Old Central”, with the flag flying atop the mast, can be seen rising above the twin towers of the Boston Avenue Methodist Church in the right foreground. 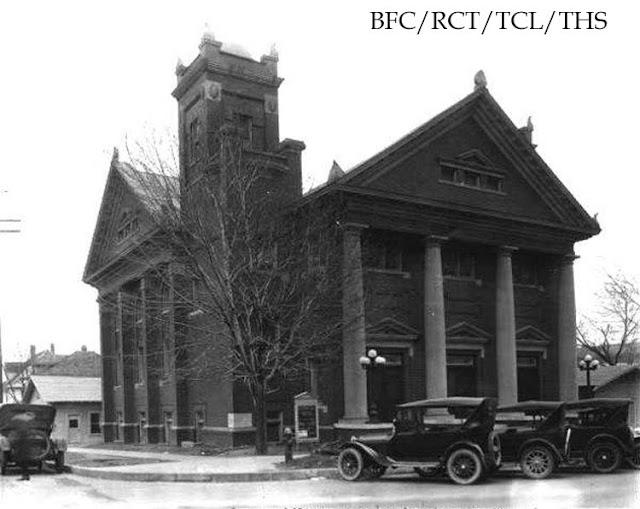 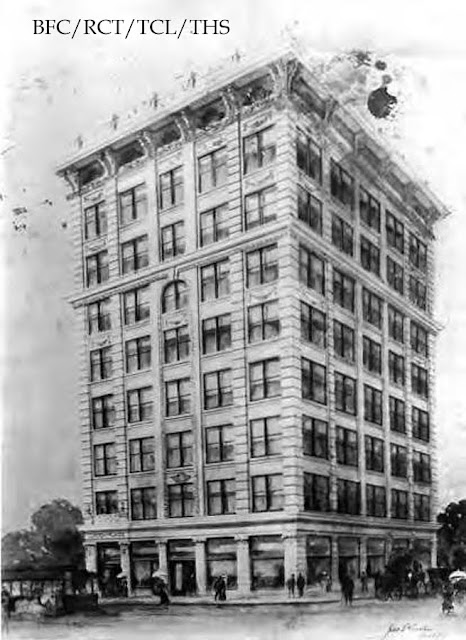 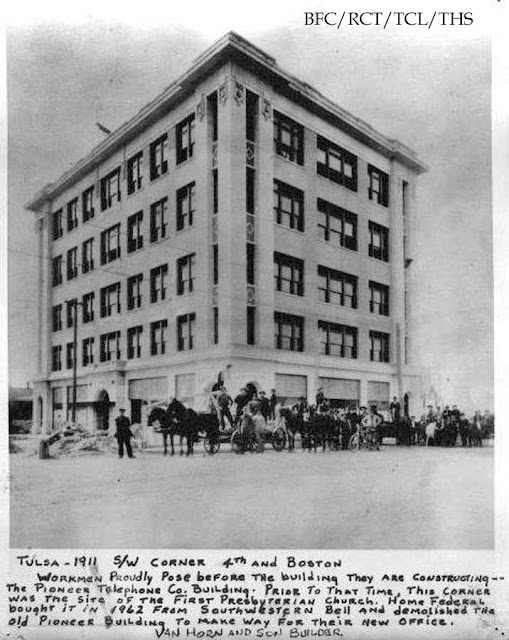 while at 3rd, the first unit of the Exchange National Bank is being erected. 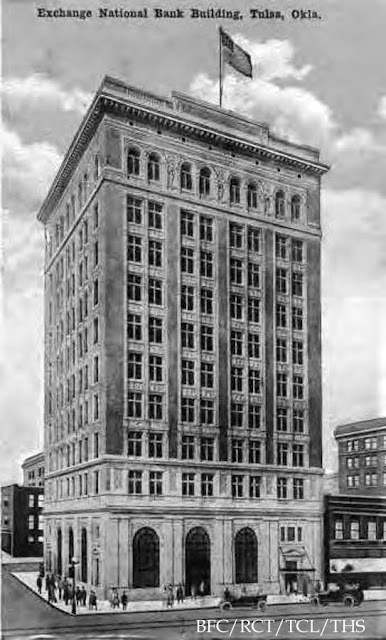 (later, the Clinton Bldg was torn down and the Exchange Bank became the tallest structure in 1928): 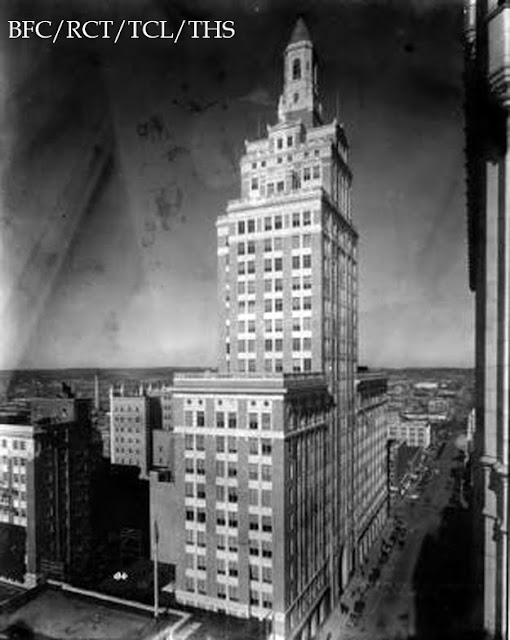 Behind the Gallais Building can be seen the Daniels Bldg and Hotel Tulsa, the first ten story buildings erected in the city. 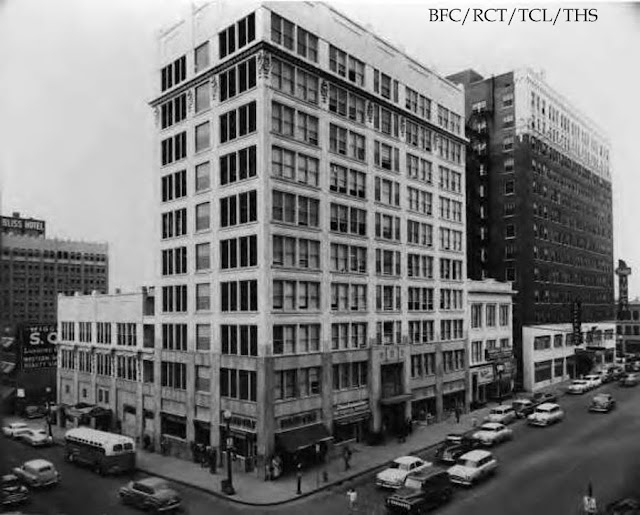 In those days Boston Avenue was blocked to the north by the Frisco Station which stood directly astraddle the street at the Frisco tracks.
As seen in this photo, taken from the top of the NBT Building, looking north on Boston: 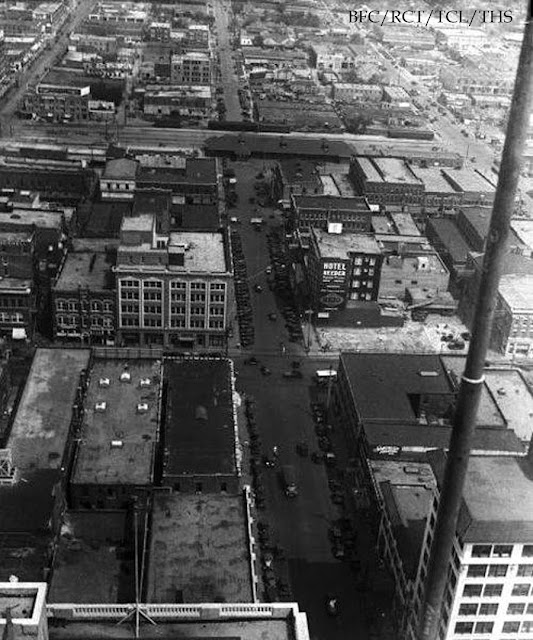 and even moreso in this photo you can see the street stop at the depot: 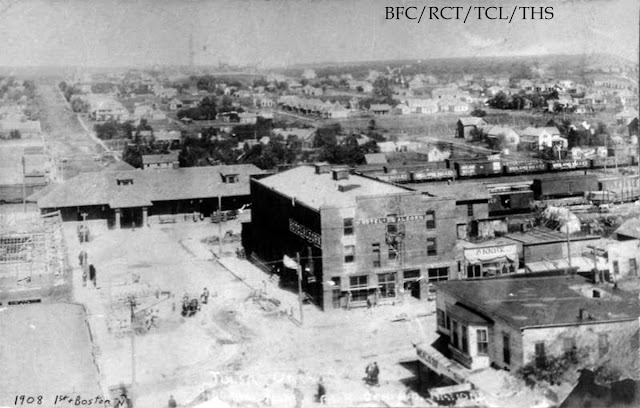 Here are a few more interesting views of Boston Avenue- 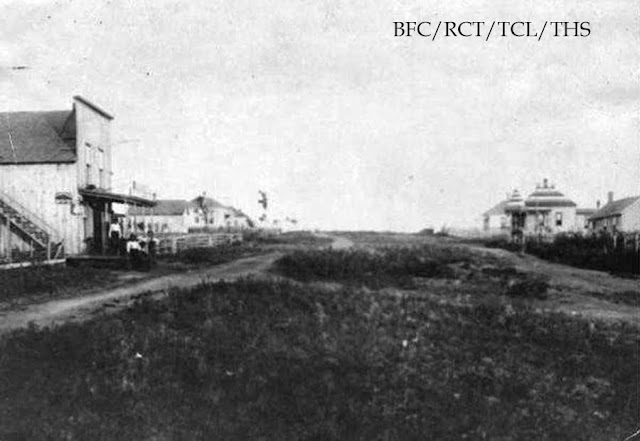 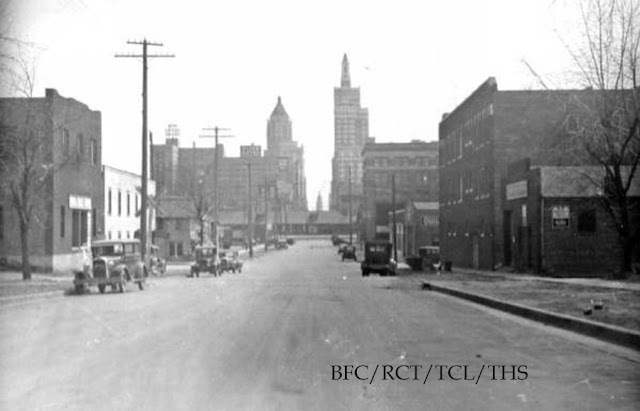 This is a view down Boston at 1st: 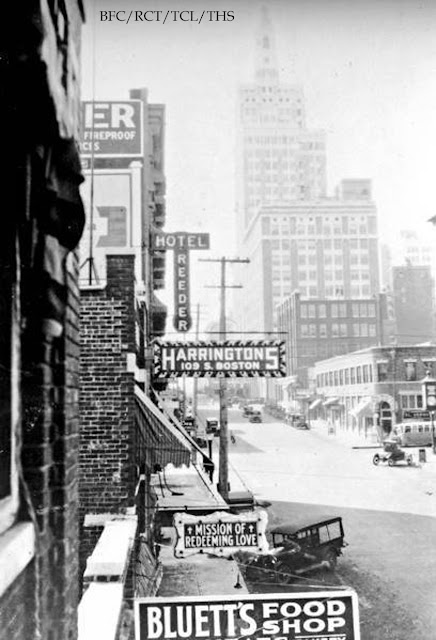 And one of my favorites, a view from the northeast corner of 6th looking north up Boston, 1928: 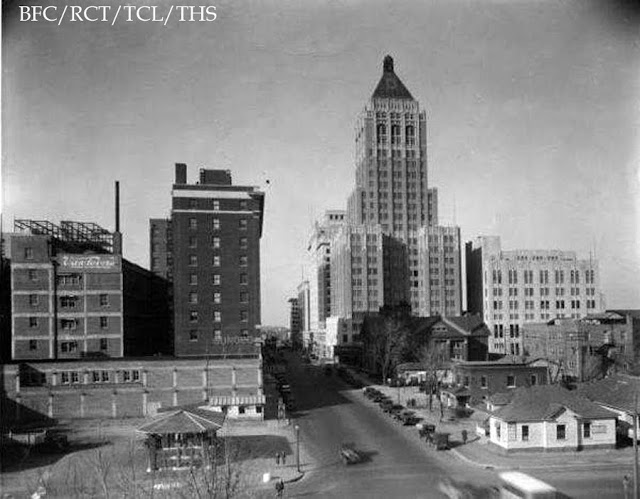 Nancy - great old photos. I have not posted to my Historic Tulsa in weeks. Maybe I should match some of your old shots with some "now" pictures.