Growing Up On First Street

The son and grandson of the Noah’s Ark owners shared a lot of memories (and pictures) with me, reminiscing about growing up downtown in the 1950’s and 60’s. Just like oral histories, these are all great peeks into a unique past that once was-and they need to be shared.

Samuel Burns (grandparents) migrated to Tulsa from Muskogee around 1929. They lived in a house on 13th and Boston. 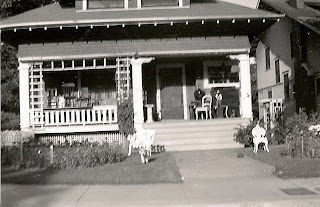 The site is now (what else?) a parking lot for the Boston Avenue Church, 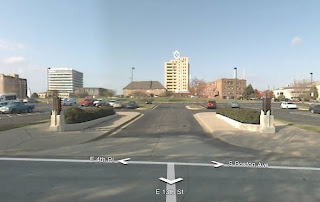 which you can see in the background of this picture (below) taken in 1953-4. Next door, to the right, was Mrs. Henry’s Flowers. (click on photos to enlarge) 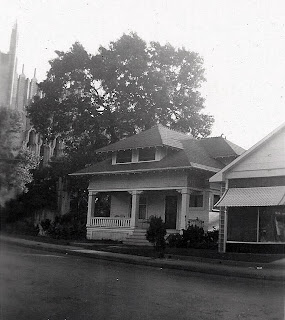 Here are some more views of the house and neighborhood. 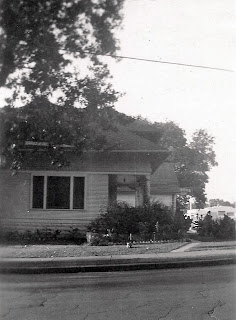 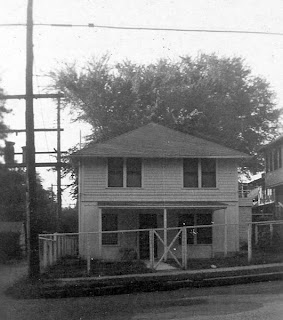 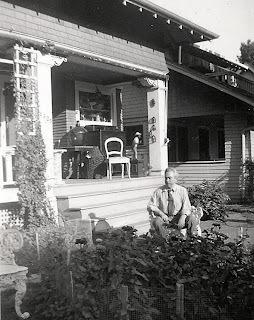 This is Mrs. Burns, photo looking east on 13th Place. 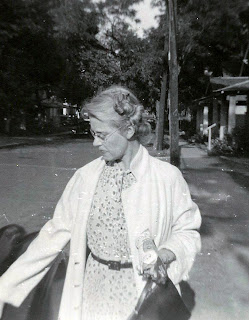 Across the street from the house was Al’s Grocery, Draughn’s School of Business and then Fred Jones Ford.

The elder Mr. Burns tried selling oil futures, but the Depression was hitting hard and they were broke, so he gave that up and took everything in the house and opened Noah’s Ark.
“My dad said he (Grandfather) used to go to the Coney Island next to The Orphus Lounge and hock his ring for something to eat, he would then go and try to find something to sell and would then redeem his ring and start all over again.”

This was the younger Burns' playground: 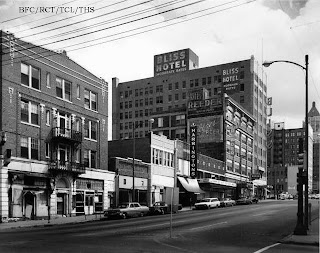 He has vivid memories of running coffee and donuts from Uncle Willies Donut Shop to the Bliss Hotel, where all of the pro wrestlers stayed when they came to town to wrestle at the Coliseum. Unkle Willies was located between the Reeder Hotel and Harringtons (a favorite place to hang out). 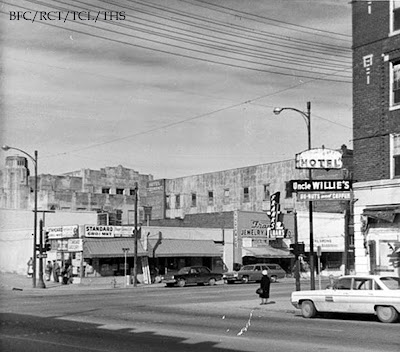 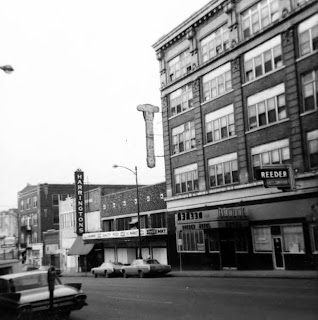 In describing the area he says:
“When we were on First Street to the left of the store was Pruitt’s Tools, then a bar my dad called the Bloody Bucket (I think the real name was Phil's), next to that was a tiny watch shop. Going right was Paul’s Loans and next to that was D&B Gun and Loans then Unckle Willies. Across the street was Cook's Grocery Store then two barber colleges and Bardons Auctions. 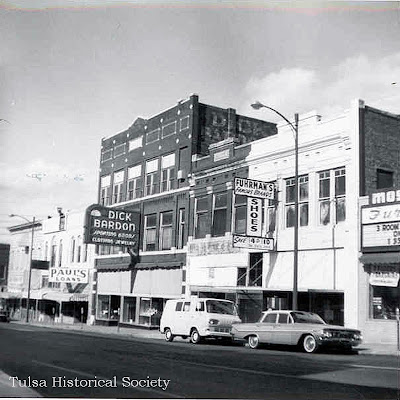 There were rooms above the colleges and a Madam who had a monkey that used to crawl on the barber college sign while she sat in the window. My dad used to force me into getting my hair cut there. You always wanted someone in the front to cut it, the guys in the back were new students.
Most of the working girls did business through the Bliss Hotel, yes there was Mays Rooms but it was the bottom of the rung. I knew two retired gals that ran the New JuJu's Lounge on 17th and Main. They used to tell me stories about "parties" they threw with the police at the Bliss. JuJu's is now Renegades.”

More memories to come……
Posted by Nancy at 1:41 PM

Ah, the memories. The Coney Island downtown was a fixture, even into the early seventies when I worked at 5th and main. Fred Jones Ford is a childhood memory for me as well. Thanks for sharing this wonderful history of my hometown.

There will be another post this Tuesday at my place.

uncle willys was on the south east corner of 1st and boston,next door was the white river fish market,next was harringtons,which was called the "the complete store for son and dad" phone number luther 29097,had 3 men who worked the first floor uniforms and shoes named voss,noss,and doss.very confusing when they answered the ONE phone for 2 departments.the a house of friendly ladies,then the kansas city market,then the reeder hotel,then an office,insurance i think and the Bliss Hotel.i worked at harringtons for 7 years as did my brother alan. patrick rosemann

noahs ark was on the east side of the alley between boston and cinncinati.the building was grey and you paid by the honor system.remember the old little wheel big wheel bike and the suit of armor up high on the top of the shelves. half block further across the street was the rose rooms,i wonder what they did there??patrick rosemann class of 49 central

My grandfather, Claude Wright, worked at Harrington's for MANY years! I am 57 years old and have vivid memories of riding in the front seat of my grandparents Chrysler as we drove down Riverside Drive to take my grandfather downtown to Harrington's to work. He did sales, merchandising, and advertising for Harrington's.
Claudia Greggs Pierce