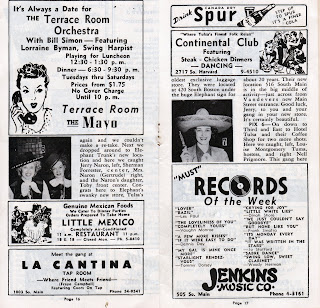 The Terrace Room in the Mayo hosted local orchestras for dancing. In this 1953 photo it is Dick Barlow’s band who are performing. 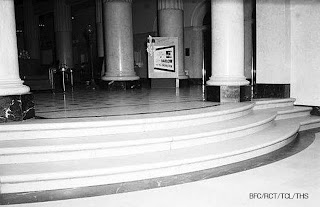 The Continental Club was located where a Staples store now sits on Harvard.
The Jenkins Music Company had a long history in Tulsa, selling pianos primarily and adding records later. Check out the “Must” records of the week in this ad. You can see the store in this picture next door to Vandevers: 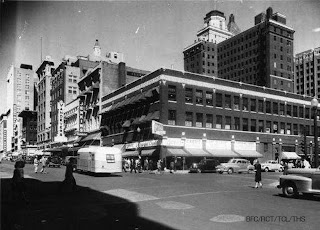 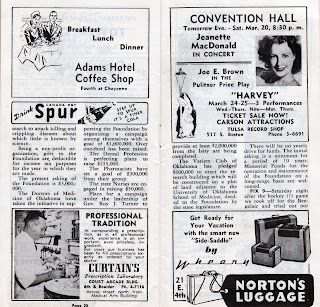 The Adams Hotel, at 4th and Cheyenne was originally the Mincks Hotel. Built in 1927-28 it is a marvel of ornate terra cotta designs and on the National Register of Historic Places. 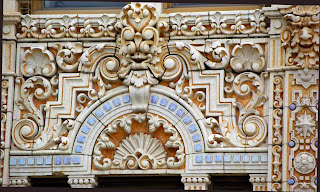 Note that the coffee shop is "air cooled": 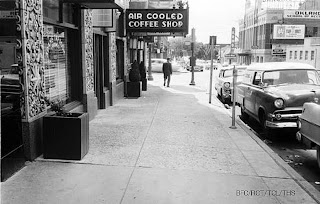 This is around 1930, when the name was changed to The Adams Hotel: 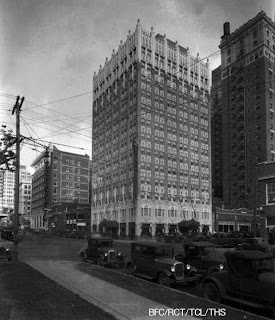 The Convention Hall was what we now know as The Brady. It was used for so many purposes: conventions, town hall meetings, concerts, operas, plays and many graduations. 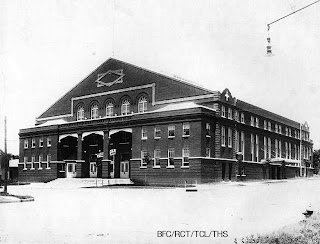 As a kid I remember being driven to Tulsa to buy school clothes and buying a suit at Clarkes. That was back in the day when kids had suits for Sunday.