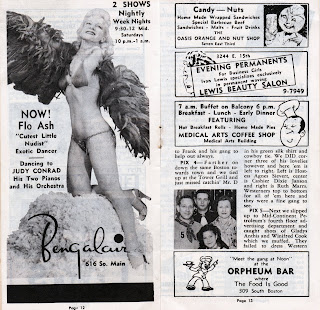 Kind of a shock when you are looking through this little pamphlet and turn the page and see Flo Ash! Not surprisingly, I have never heard of the Bengalair. According to the address, it was located 2 buildings down from the PSO/Transok building, in what is currently known as Two Main Plaza. If anyone knows the original name and origin of these 2 buildings (Two & One), please let me know (click to enlarge): 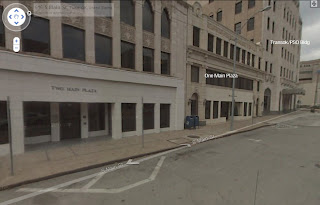 The Medical Arts Building sat at 6th and Boulder. 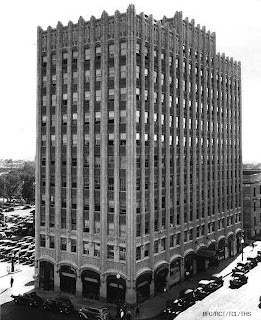 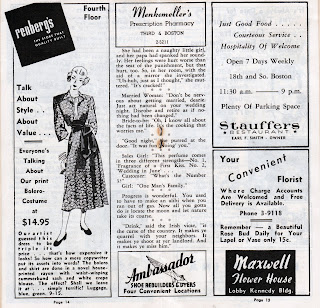 And yet another “racy” page, if you read the text (click to enlarge). Just remember the era and this was not uncommon, really.
Renberg's was around for many, many years. The original store on Main Street burned down to the ground December 19, 1945. The temperature was 4 degrees outside causing water to freeze on the firemen. 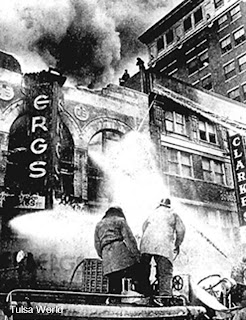 Owner Sam Renberg died a month later at age 71, reportedly from the stress. However, he told his sons not to worry, that they would rebuild- and they did. A 4-story Renberg's was built on the same property, 311 S. Main, and opened 4 months prior to the Downtowner ad above.

A rose bud daily for your lapel for 15 cents! Maxwell Florists was located in the lobby of the Kennedy Building, 321 S Boston. 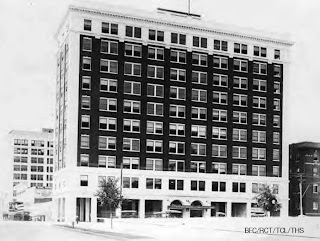 The lobby has beautiful Italian and Vermont marble floors and walls, as seen here: 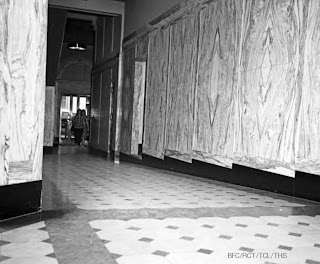 And this was Menkemeller Pharmacy, also at 3rd and Boston: 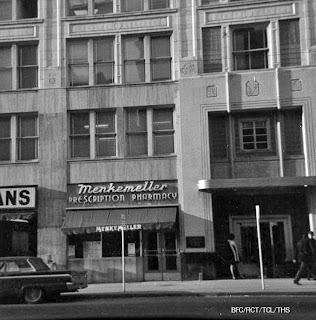