Tulsa’s earliest newspaper, The Indian Republican, was started around 1893. It was originally called The Indian Chief for a short time. It had many editors and eventually was bought by Eugene Lorton, becoming the Tulsa World.
Here is a photo of some fella’s standing in front of it. They printed the news as well as other print jobs, according to their sign. The pay for workers was around  .16 a day. 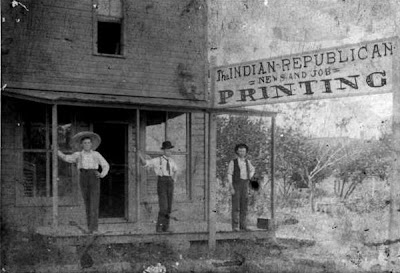 Here is what it looked like inside a few years later: 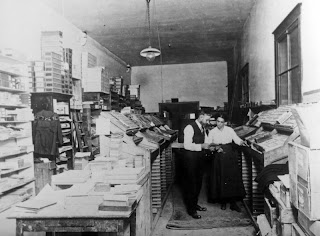 Some automation is in use here, no doubt making the job a bit easier: 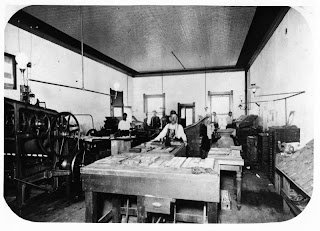 The "news" was mostly ads and gossip in those days.
An excerpt from The Indian Republican in 1900:
“Mr. Arthur Antle, the livery stable proprietor, upon the occasion of his third wedding anniversary, presented his wife with a brand new three-legged milk stool” Here is Mr. Antle and his livery stable: 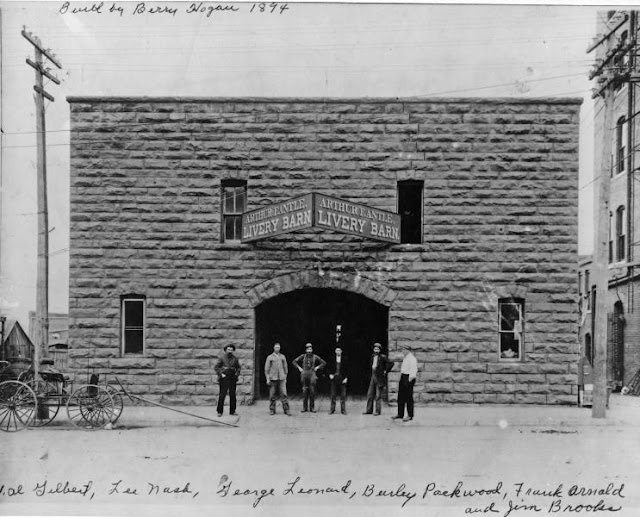 And his (future) wife and her family in Springfield, MO: 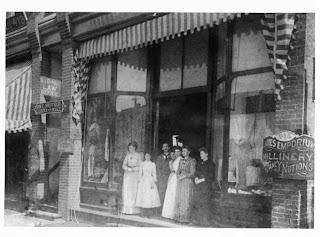 Some personal news of the day:
J.H. McBirney had complained of a “misery in his back”.
Dr. J.C.W. Bland diagnosed it as “a sign of Spring and Baseball”.
‘nuff said.
Posted by Nancy at 9:25 AM

16 cents pay a day. It takes almost five times that now just to buy a newspaper.