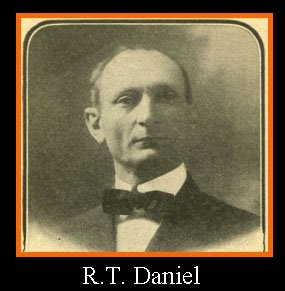 R.T. Daniel was one of Tulsa’s early citizens that helped the city grow in many ways.
Mr. Daniel came to Tulsa already a wealthy man from land development in his home town of Miami, Florida. He did something that I find quite remarkable: he purchased a building from the 1904 Worlds Fair, had it disassembled, brought to Tulsa piece by piece via train, and reassembled at 3rd and Boston. No easy feat; this was made of steel and took several years to complete. 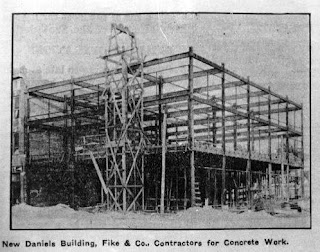 The Daniel Building can be seen in this photo on the left side; this is the intersection of 3rd and Boston around 1909. 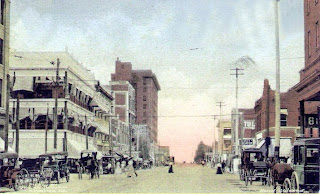 At some time, Mr. Daniel decided to add on to the structure, making it Tulsa’s first “high rise” building at 10 stories tall by 1911. 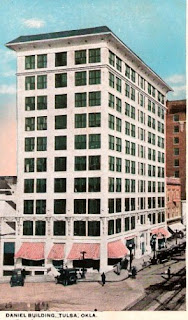 Mr. Daniel also built the famous Hotel Tulsa which opened in 1912 down the street at 3rd and Cincinnati. 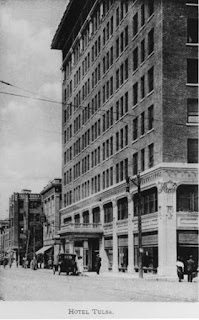 In its lobby, million dollar deals were made right and left during the oil boom days. Oilman Josh Cosden once casually wrote a check for $12 million at a table in the lobby. Harry Sinclair ran a suite of offices on the 5th floor and everyone who was anyone in oil passed through the lobby making deals. 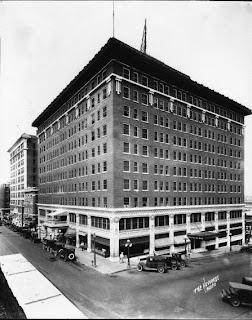 Here is the Topaz Ballroom in the Hotel Tulsa: 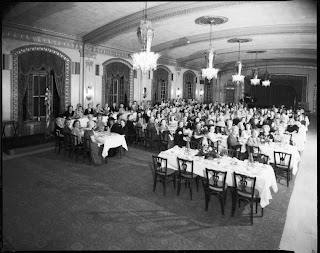 Another contribution by Mr. Daniel was a library. R.T. owned some land around 2nd Street and Atlanta and the city needed a library. He sold the land and proceeds from the sale were used to build this new library at 1st and Lewis on land he donated. Notice the cupola on top: 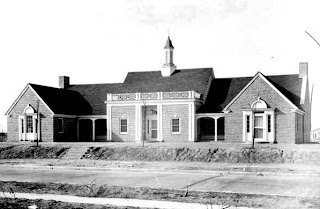 The library walls began to crumble and it was torn down in 1996 and replaced with the new Kendall-Whittier Library. The cupola was donated to the Tulsa Historical Society and rests out in the Vintage Gardens there: 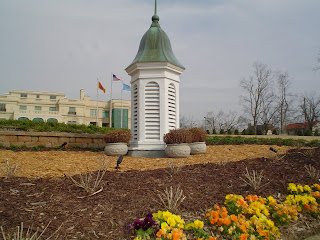 There are a lot of other nifty historical artifacts in the Vintage Gardens. Go by sometime, when the weather is nice, and stroll through. Here is a link to what there is to see: http://www.tulsahistory.org/visit/gardenguide.htm
(some photos courtesy of Beryl Ford Collection/Rotary Club of Tulsa, Tulsa City-County Library and Tulsa Historical Society)
Posted by Nancy at 10:54 PM

Great article. I had no idea about the vintage gardens. We are going to check them out.

Thank you for your dedication to Tulsa history. I am quite fond of your wonderful web site. My grandfather was Richard Tevia Daniel who built several buildings in Tulsa. He hailed from Mud Lick, KY. When he was a teenager his family left KY in covered wagons headed for California, but ended up in Spokane, WA. An autobiography by my g-grandfather, W H Daniel, outlining that trip can be found on-line. R T began building in Spokane (one hotel still stands) and later went to Miami where he built office buildings, retail stores and hotels, among which was the Seminole Hotel in which he died in 1949. He was also on the committee to dredge Government Cut where the cruise ships come in. Thank you for including him in your investigation. He was larger than life!

Thanks so much for your comment, glad you found this blog :o)

RTD married above his class a Washington DC “socialite” and sometimes model Gertrude Phillips. “ Gan Gan” was the daughter of Samuel field Phillips, a lawyer, politician, civil rights pioneer. He was longest serving US solicitor General serving under 4 presidents starting with US Grant. He took part in the landmark civil rights case, Plessy v Ferguson. SF Phillips’ ancestors were fervent revolutionary war patriots having been officers in the revolutionary armies. SF Phillips’ grandfather allowed a fort to be built upon his farm in Plainfield,NJ boarding officers including at one time George Washington when the British held NYC and vicinity. Gertrude and her descendants from her marriage to RTD are daughters and sons of the Revolution.