I suppose I should recognize the 2nd year anniversary of the Buried Car event. I was on the Buried Car Committee for 18 months. I lived it, breathed it, and researched it. This was perhaps the most exciting thing in my life since my marriage and my children’s births and I am forever thankful to have been a part of it all. I was also burned out when it was all over and have never really looked back on any of it. I will, though, tonight when I go see the French documentary on it at the Circle Cinema. For those of you who don't know, this car was buried 52 years ago as a publicity stunt (along with a time capsule) during the state's 50th Anniversary, to be dug up on the 100th, which it was. The brand new car was a total mess. The cement vault had failed in that time (my guess is when a main water line broke in the 1970's and flooded nearby City Hall's basement). But I have always maintained that the car did what it was supposed to do back then and again 50 yrs later and that was to draw publicity to Tulsa. The time capsule was completely sealed and it's contents in pristine condition.
Here are some photos you may or may not have seen: 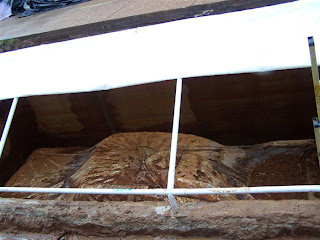 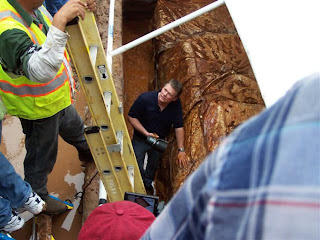 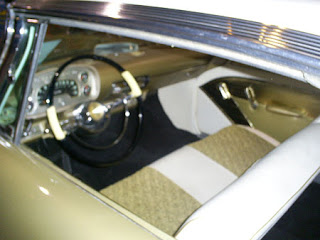 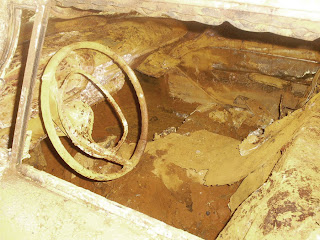 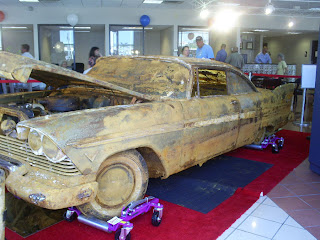 Contents of a woman's purse left in the car included tranquilizers, gum, face powder, and combs among other things. It bothered me some that the gum was in such good shape..... 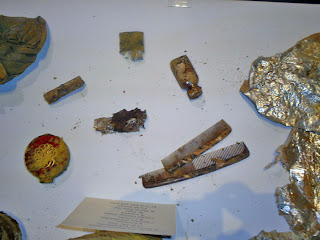 The time capsule- the saving grace: 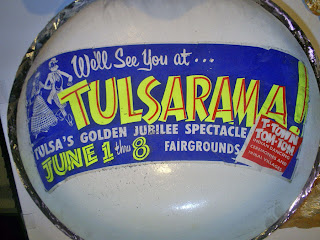 In retrospect, I don't think the poor condition of the car was such a bad thing. After all, had it come out in pristine condition, it would have wound up in a museum somewhere and be indistinguishable from other 1957 Belvederes.

As it is, the car dramatically shows what the passage of fifty years can do.

I wish some mischievous kid had snuck into the time capsule some surprising artifacts or a diary or something unofficial.

As a 50 year old RN, The thing that I wonder about is what sort of "tranqualizers" were in the purse, and more importantly, what we know or think about them today!

I enjoyed the hoopla associated with the car being unearthed. Isn't there another buried car at Centennial Park?

I am sure glad it wasn't a "good" car that was buried. It would suck to see a '57 Chevy being dug up and it looked like that. Belvedere's, good waste of metal.....