Brothers Walter and George Ahrens owned and operated Southern Mill and Manufacturing Company, a successful mill which they founded in 1919, located at 515-525 S. Troost. The company produced prefabricated housing as their primary business. 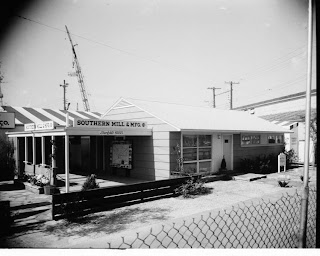 The brothers were looking for other business in an attempt to diversify and began making plans for a local brewery when legal beer returned in 1934.* It would be another 4 years until their goal was met. They wanted to have the most modern, small facility and brew the best beer ever tasted. Tulsans loved their beer! 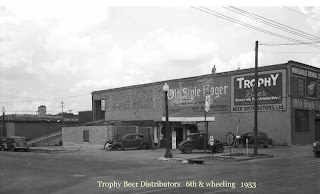 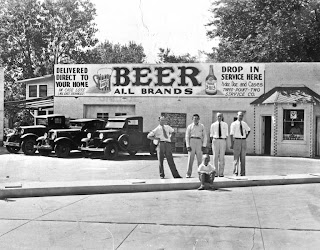 *All beer produced was limited to 3.2% alcohol which was considered nonintoxicating until 1955.
The brothers had many things going for them; unused space in their millworks, a good supply of local labor and an excellent location next to the train tracks. They also touted using the “superior water from the Spavinaw reservoir”. They hired a man who knew the brewing industry and was a perfect choice for brew master of Tulsa’s new Ahrens Brewery, Oskar Scholz.

When construction was complete the first 7,000 gallon batch of Ranger Beer started cooking in May 1938. The finest ingredients were used: imported pilsen hops from Czechoslovakia, domestic hops from Oregon and barley malt from Europe. The beer was ready in August 1938 and so were Tulsans! The week of August 15 was declared “Ranger Beer Week”. 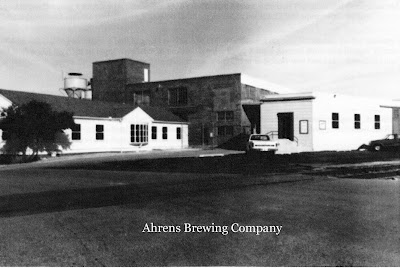 The brewery employed 30 people on 2 production shifts. Beer was delivered in brown Dodge trucks, painted to look like a chuck wagon. Advertisers came up with the slogan, “With the Zest of the West”.

Ahrens Brewing Company even had the Tulsa Rangers, their own baseball team and sponsored their own support group, the Rangerettes. Visitors were invited to stop by and tour the facility and sample products in the tap room, which boasted an elaborate wood bar built by the employees of the millworks.

So what happened to Ahrens Brewing Company? All that is known for certain is that they were forced into bankruptcy and the brewery closed its doors on February 16, 1940, just two years after opening. Did they spend too much money building the facility? Were the ingredients too expensive? One story was that "unfair" business practices from the breweries in OKC were to blame. 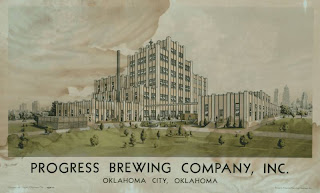 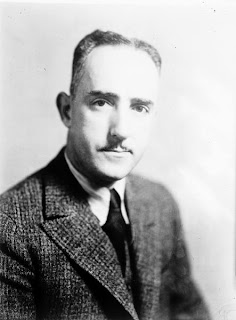 Part of his job was to liquidate the assets and dispose of the 2,250 barrels of beer (valued at $30,000). Getting the beer out of the storage tanks and into the hands of customers was cost prohibitive, so it was dumped down the sewer drain! On March 3, 1940 the beer was drained via a long line of hose with city water department employees on hand to make sure the sewer didn’t get clogged.
Memorabilia is rare. What happened to those bottles of Ranger, Ranger Special Brew and Ranger Winter Brew beer? Another unanswered question of the Ahrens Brewing Company.

Probably a lot of people coveted that job of liquidating the assets of a beer company.

The Tulsa World sent a reporter and photographer out to cover it; they tried to get the workers to pose drinking from the hose, but they wouldn't, saying they were 'on duty'.
A grimy, tattered bum produced a 2 gallon pail and posed drinking some beer.
Two individuals who were hulking around turned out to be G-men who demanded the film because they didn't want the public to get the impression that people came and got free tax-unpaid beer. The paper ended up running an officially approved photo of the city worker holding the hose as beer flowed into the sewer grate.

Great story. I wish this city had a brewpub again. At one time we had two, now we have none.

Thanks for the story and photos. I love learning about beer history in Tulsa!

Great story! I’ve got a really cool old Ahrens Brewing Co. sign. I’m not interested in selling it but would love to find more memorabilia from the brewery.